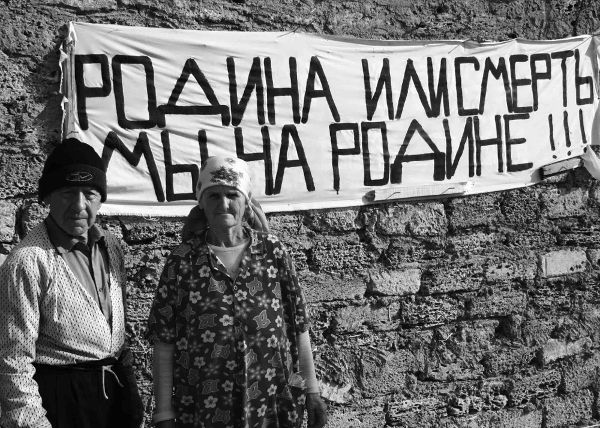 Soviet party and economic leaders of the lower level, partisans, demobilized and commissioned for injury from among the repressed peoples who were in the Crimea were resettled on general terms. At the same time, the newly demobilized soldiers from the front were prohibited from returning to the Crimea, as were the specialists and their families evacuated from the Crimea in 1941-1942.

The repatriation movement began in the late 1950s, but only after the proclamation of Ukraine's independence did repatriation become a reality. Nevertheless, not all the deported and their descendants managed to repatriate. The Russian invasion of Crimea and its secondary Russian annexation put an end to repatriation and the resumption of ethnic discrimination, as well as the squeezing out of the Crimean Tatars and Ukrainians from Crimea. It is unlikely that heavenly bliss reigned under Ukrainian jurisdiction in Crimea. Nevertheless, in independent Ukraine, the Crimean Tatar nation began to revive. The Crimean Tatar and Ukrainian press, national private businesses, Crimean Tatar radio and television, a functioning democratically elected Crimean Tatar self-government (Mejlis) appeared. All these achievements were mercilessly trampled upon by the boots of the Russian colonialists. In Crimea, with the Russian regime came extrajudicial killings, unjustified restrictions on religion, freedom of speech, rallies and meetings, the closure of Ukrainian schools, arrests for political reasons, forcible exile from Crimea and Russia. In other words, the situation on the peninsula is not conducive to fun.

Nevertheless, the invaders triumph in vain. The hour will come, and it is not far off, when the Russian occupants, including those who illegally moved to Crimea after the annexation, will have to get out of the illegally seized land and answer for all crimes under international and Ukrainian laws.