10 months of torture in Donetsk secret prison for supporting UkrainePrisoner exchange leaves most Donbas hostages in captivity and makes journalists suspiciousDesperate plea to Zelensky from relatives of hostages once again forgottenRussian-controlled Donbas militants finally free severely disabled pensioner but not her invalid sonKremlin Ukrainian hostage denied critical medication, then punished as health deterioratesUkraine to try ex-militant for torturing hostages at ‘Izolyatsia’ secret prison in occupied DonetskTortured for Tweets Former Kremlin hostages put release of all Ukrainian political prisoners on the agenda Sadistic torment of Ukrainian Kremlin hostage Young Ukrainian ‘sentenced’ in Russian proxy Luhansk ‘republic’ to 12 years for ‘state treason’ & ‘spying’Izolyatsia: a Donetsk concentration camp too toxic even for Russia? Tortured but alive! Over two years waiting for news of Donbas militants’ hostage Why would Russian Wikipedia censor information on the Donetsk Izolyatsia secret prison?Russian-controlled militants sentence 70-year-old pensioner to 17 years for ‘spying’ after torturing him and his familyAgonizing silence about Ukrainian sportsman abducted by Russian military in DebaltsevePrisoner exchanged for Ukrainian hostages gets 17-year sentence in Russian proxy Luhansk ‘republic’MPs challenged to fight Russian repression by adopting a Ukrainian political prisonerRussian proxy Donetsk ‘republic’ sentences Ukrainian war veteran to 16 years for defending UkraineKremlin hostage tells Russian court how he was tortured in occupied Donbas & abducted to RussiaKremlin hostages’ lives in danger while Russia exploits Covid-19 to further restrict their rights
• Topics / The right to liberty and security 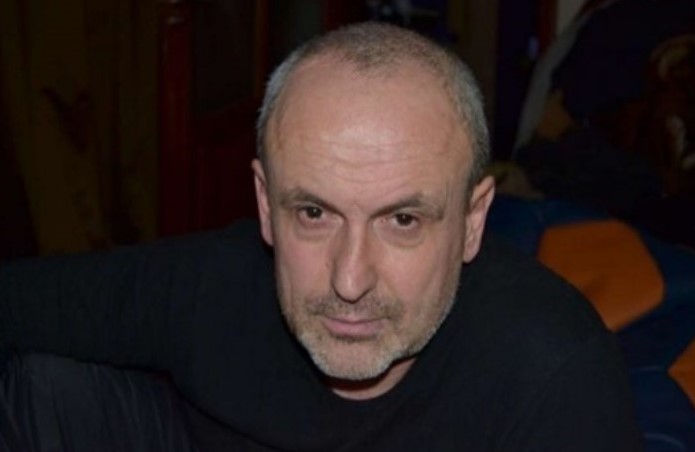 Valery Matiushenko has spent almost four years imprisoned in Russia’s proxy ‘Donetsk people’s republic’ [‘DPR’], with his captivity and the horrific torture he was subjected to for 10 months linked with his pro-Ukrainian views that he never concealed.  The ‘DPR militants’ have refused to include him in the three exchanges of prisoners since July 2017, and his state of health makes it imperative that he is not bypassed again.

It is mainly thanks to former hostages who were released that Tetyana Matiushenko learned the harrowing details about her husband’s treatment, especially during the first 10 months at ‘Izolyatsia’ after he was seized by the so-called ‘DPR security service’ on 15 July 2017.  Former inmates refer to this secret prison as a concentration camp, and with cause  There are no visits by international monitors since ‘DPR’ and Russia deny the prison’s very existence, and the militants seldom admit to holding the men and women held and tortured there.

Tetyana now knows that her husband was held in the so-called internal prison at Izolyatsia where he was subjected to “insane levels of torture”, including electric shocks, beatings and mock executions.  Although the torture is supposedly to extract ‘confessions’, former inmates, such as Halyna Hayeva, have said that some of the torturers did it “for entertainment”.

Matiushenko was initially held in what is colloquially referred to as ‘stakan’ or a glass.  This is a confined space, of around 1 m², in which a person can only stand or squat.  There he was left for several days without food or drink.  He was then taken to a cell where they began torturing him with electric currents.  We know from other victims that they are taken to a basement, undressed and then tied with the use of scotch tape to a metal table.  They connect electric wires to parts of the victim’s body, then pour water over him or her and then turn the electric current on.  Victims consider themselves ‘lucky’ if the electric wires are attached ‘only’ to earlobes or to fingers, but very often they are attached to genital parts, causing particularly unendurable pain.  Any such use of electric shocks is extremely dangerous and in Matiushenko’s case has resulted, his wife has learned, in damage to internal organs and to the central nervous system.  Matiushenko has Tourette syndrome, a neurological disorder which, in ordinary times, manifested itself only in a nervous tic.  Due do the torture he endured, this is now causing muscular spasms which are physically and psychologically draining, and can cause breathing difficulties. Matiushenko also has an inguinal hernia which can block the blood supply to parts of the intestine unless treated. There has already been one such emergency, Tetyana recounts.  Thankfully another hostage, a surgeon by profession, succeeded in manually reducing the hernia, however this is a temporary measure, and the condition remains life-threatening without proper treatment.

Valery Matiushenko is one of at least two hostages (together with Olena Fedoruk) from Kalmiuske (formerly Komsomolske), a city 50 kilometres south of Donetsk and Ilovaisk and just over 30 kilometres from the border with Russia.  Witnesses are adamant that much of the shelling they experienced in 2014 came from the Russian Federation, and that after the battle near Ilovaisk (at the end of August 2014),  Russian military arrived, with their own technology, in the city.  Russia has a great deal to conceal about the war that it brought to Ukraine, and the Russian military personnel deployed in cities like Kalmyuske.  It is, in fact, likely that the need to conceal Russia’s military involvement  explains why both Matiushenko and Fedoruk remain imprisoned to this day.

On 28 March 2019, Matiushenko was ‘sentenced’ by a so-called ‘DPR court’ to 10 years’ harsh regime imprisonment on the militants’ standard charge of spying for Ukraine’s SBU or Security Service.  He is imprisoned in prison colony No. 32 in Makiivka, together with dozens of other Ukrainians, also imprisoned for alleged ‘spying’ who are held in separate barracks. They are seldom allowed ‘walks’ in the open air, and they receive no medical care

Both the torture and the conditions in ‘DPR imprisonment’ have had a disastrous impact on Matiushenko’s state of health.  It is imperative that Ukraine insists on his inclusion in the next exchange list and that pressure is put on Russia to force progress on such an exchange.