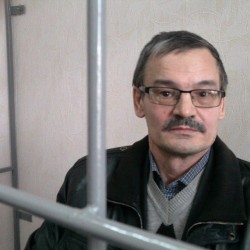 The European Court of Human Rights has sent the Russian government questions regarding the prosecution and imprisonment of Tatar activist Rafis Kashapov for six posts on the VKontakte social network. The move is of major importance given the number of other people whom Russia is prosecuting or has already jailed for similar criticism of its occupation of Crimea and aggression in Eastern Ukraine. | detail 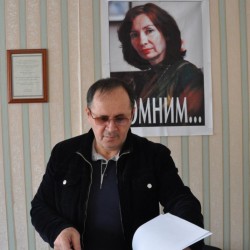 Oyub Titiev, head of the Grozny office of the renowned Memorial Human Rights Centre, has been arrested, with the devoutly religious 60-year-old lawyer accused of possession of narcotics. | detail 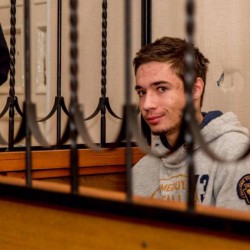 It is over four months since 19-year-old Pavlo Hryb was abducted from Belarus to Russia, and his captors are still blocking access to both Pavlo’s relatives and to the Ukrainian doctors familiar with his serious medical condition.  | detail 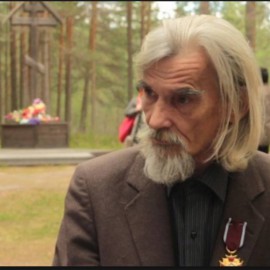 A second expert assessment has effectively overturned the entire case against Yury Dmitriev, renowned Russian historian and head of the Karelia branch of Memorial. There is no immediate sign that this judicial travesty is ending, however the court has refused to extend Dmitriev’s detention beyond 28 January 2018 | detail 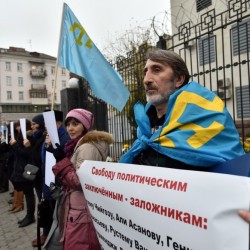 Moscow is holding over 60 Ukrainian political prisoners in occupied Crimea and Russia, with many. like Oleg Sentsov and Ruslan Zeytullaev, held thousands of kilometres from their children.  Every letter sent to them is “a breath of freedom”, civic activists stress.  It is also an important message to the Kremlin that the men are not forgotten, with this having very direct impact on their treatment. | detail 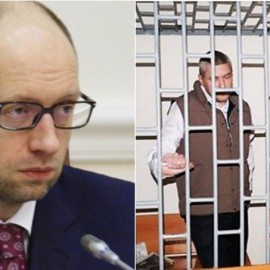 Arseny Yatsenyuk was stopped at Geneva Airport on the evening of December 23  because of an ‘arrest warrant’ issued by Russia against the former Ukrainian Prime Minister.  The charges of having fought against Russian federal forces in Chechnya 23 years ago are absurd but cost the ex-PM and his daughter a mere ten minutes of their time.  Incomparably less than the price paid by Stanislav Klykh and Mykola Karpyuk, the real two victims of what has been called “Russia’s most monstrously falsified trial of Ukrainian citizens since it’s annexation of Crimea”. | detail 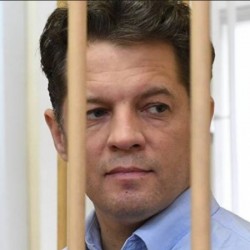 Roman Sushchenko has been honoured ‘For Courage’ by the Andrei Sakharov Committee on Journalism as an Act of Conscience.  The Ukrainian journalist has been illegally held in Russia for the last 14 months, with the FSB using various forms of pressure to get him to ‘confess’ to fictitious ‘spying’.  | detail 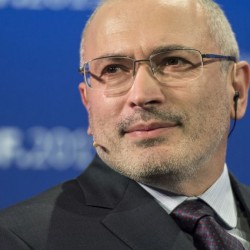 Russia’s Roskomnadzor media regulatory agency has begun blocking access to websites of organizations deemed "undesirable" by the Justice Ministry under a 2015 law aimed at restricting the activity of organizations the Kremlin accuses of fomenting political dissent. | detail 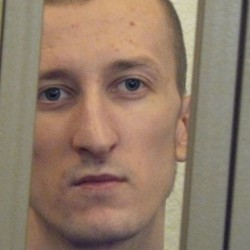 Oleksandr (Sasha) Kolchenko is spending a fourth birthday in Russian captivity, one of the first victims of Russia’s mounting appetite for fake ‘terrorism’ show trials, aimed at crushing dissent, and trying to provide justification for Russia’s invasion and occupation of Crimea.  He and Ukrainian filmmaker Oleg Sentsov are imprisoned about as far away from their families, the media and international diplomatic missions as Moscow could achieve | detail 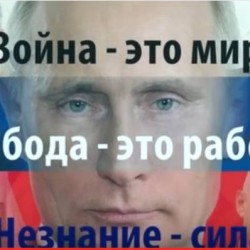 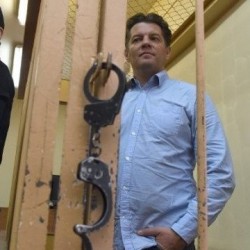 Sushchenko’s lawyer reports that a sentence of 20 years is planned, with the charge being that the journalist “gathered information about an anticipated invasion of Ukraine by Russia in the summer or autumn of 2016.”  | detail 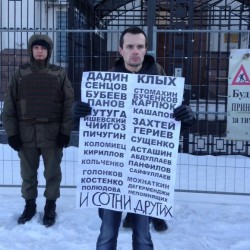 Russia’s Investigative Committee has formally charged 36-year-old Denis Bakholdin with taking part, while living in Ukraine, in a Ukrainian organization “fighting pro-Russian supporters on Ukrainian territory”.  The fierce critic of Russian President Vladimir Putin and Russia’s aggression against Ukraine could face up to six years’ imprisonment in this latest demonstration by Russia of its clear engagement on one side in the military conflict in Donbas.   | detail 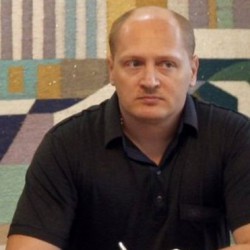 Belarus’s KGB (security service) has detained Pavlo Sharoiko, Ukrainian Radio’s correspondent in Minsk, reportedly accusing him of ‘spying’.  Virtually no information is available about the arrest which comes in the wake of tension in relations between Ukraine and Belarus following the Russian FSB’s abduction from Belarus of Pavlo Hryb, a 19-year-old Ukrainian student. | detail 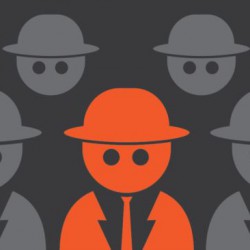 Russia’s lower house of parliament has unanimously approved legislation that would authorize the government to designate media outlets receiving funding from abroad as "foreign agents." | detail 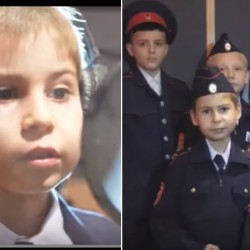 A ruling party MP in Russia has produced a video clip in which children enthusiastically sing of their willingness to ‘fight the final battle” for ‘Uncle Vova’, otherwise known as President Vladimir Putin. They also promise not only to hold on to Crimea which Russia has illegally annexed, but also to reclaim Alaska | detail 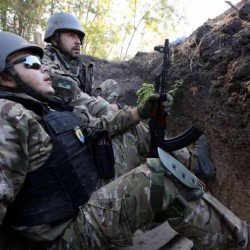 One Russian has been jailed for over three years, and another, extradited from Tajikistan, is about to be put on trial in Russia for taking part in the fighting in Donbas on the side of Ukraine.  The FSB and Russian courts treat anybody supporting Ukraine as a ‘mercenary’, while notorious mercenary Arseny Pavlov [‘Motorola’] and other Russians who died fighting against the Ukrainian government are considered as ‘heroes of Donbas’ and even get their own official monument. | detail 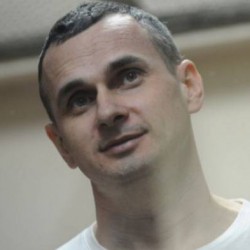 Ukrainian filmmaker and Kremlin hostage Oleg Sentsov has spent several terms in a punishment cell over recent months, including a two-week punishment as soon as he arrived at the harsh ‘White Bear’ prison colony north of the Arctic Circle. Both the penalties and the transfer to this most isolated of all prisons are linked with the mounting protest in his defence in Yakutia. | detail 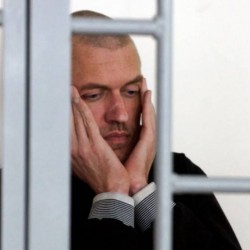 Having driven Ukrainian historian Stanyslav Klykh close to insanity through torture, psychotropic drugs and a Kafkaesque ‘trial’, Russia is now placing the 43-year-old’s life in danger.  His mother reports that, instead of providing her son with proper diagnosis and treatment, they injected him with some unidentified medication which left him virtually in a coma for six days. | detail 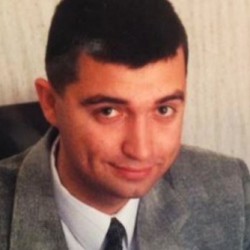 Andriy Lugin, one of at least two Crimean prisoners who have slashed their throats in protest at being taken against their will to Russia, has addressed an open appeal to the Ukrainian government and international community on behalf of all Ukrainian prisoners whom Russia is illegally foisting its citizenship upon. | detail 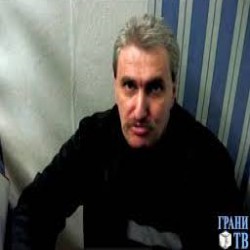 Boris Stomakhin, a Russian writer serving a six-year prison sentence in Russia for supposed ‘extremism’ has been honoured ‘For Courage’ by the Andrei Sakharov Committee on Journalism as an Act of Courage.  The Committee, posted Stomakhin’s 2014 article ‘Crimea is Ukraine’ in full. | detail