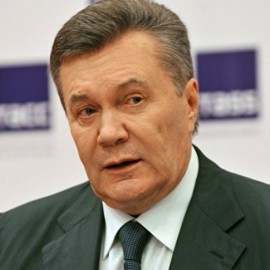 Ex-president Viktor Yanukovych has finally testified as defence witness in the trial of five former Berkut officers charged with killing activists in February 2014. He claimed to ‘not know’ or ‘not remember’ most vital details about the events during Euromaidan, and even how he came to flee to Russia | detail 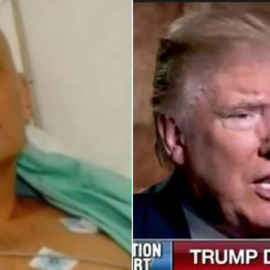 Why does Donald Trump cover up Putin’s involvement in murder?

US presidential candidate Donald Trump has no problem promising to jail his rival and rejecting the court and DNA exoneration of young men he once wanted executed, but he carries the presumption of innocence to bizarre extremes when it comes to Russia’s President Vladimir Putin. | detail 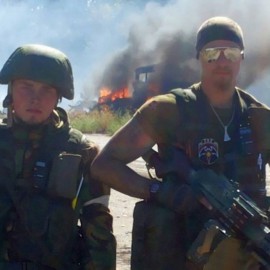 Russian wanted for war crimes in Donbas arrested in Norway

Yan Petrovsky, one of the notorious Russian neo-Nazi sadists who took photos of themselves over the bodies of Ukrainian soldiers they had mutilated has been arrested in Norway. He will probably be deported to Russia, however Ukraine is reported to want his extradition. | detail 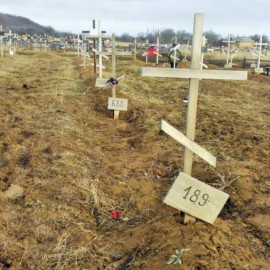 Moscow’s continued denial of direct military aggression in Ukraine convinces nobody, it seems, with the latest confirmation coming from an unexpected, if sadly typical, source | detail 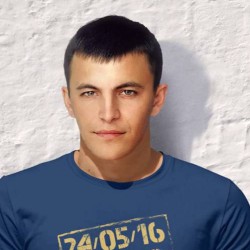 “Those who give the command to abduct people should look their own mother in the eye and ask her what it means to lose a child”. Lilia Budzhurova’s words will doubtless not be heard by those in Moscow who bear responsibility for the lawlessness unleashed since Russia’s invasion and annexation of Crimea | detail 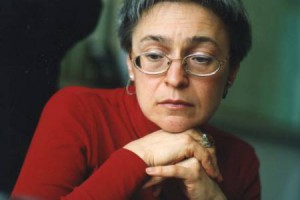 Anna Politkovskaya’s voice would certainly have been heard, as was Boris Nemtsov’s, over Russia’s aggression against Ukraine. It is sorely needed now also in occupied Crimea, with Russia increasingly using the same methods that it has applied for so long in Chechnya and Ingushetia | detail 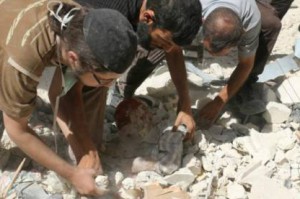 Russia’s Bombing of Aleppo Must End

I appeal to the people of Russia, Europe, and the rest of the world not to stand idly by, but to spread the word and voice their outrage. An outpouring of public opinion could induce President Putin to put an end to his heinous crimes against humanity. | detail

Civic activists held a vigil outside the Russian embassy in Kyiv on Sept 27, demanding to know the whereabouts of 19-year-old Islyam Dzhepparov and his cousin, brazenly abducted exactly two years ago, civic activist Ervin Ibragimov and many others who have disappeared since Russia invaded and annexed Crimea | detail 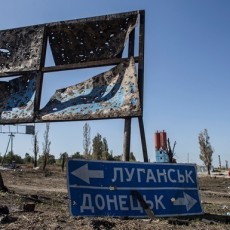 Destructions in Donbas. Scale, attempts at reconstruction and perspectives for redress for victims

In March 2014, Eastern regions of Ukraine became an arena of the Russian secret services’ "Russian Spring" plan, aiming to pull a large part of Ukrainian territories out of Ukrainian jurisdiction. These actions were supported by a wide information campaign in the Russian Federation. As a result of resistance from the Ukrainian state and its society, the plan was disrupted, but on the territory of Donetsk and Luhansk Oblasts the self-proclaimed Donetsk and Luhansk People’s Republics (DNR and LNR) were created, and the confrontation escalated into an armed conflict. | detail

A new film has exposed direct links between Moscow and the disturbances in Odesa from late February to the tragic events of 2 May 2014. The film ‘2 May. Moscow Trail’ is based solely on Russian and pro-Russian sources, and adds weight to recently published tapes on which Sergei Glazyev, Vladimir Putin’s adviser and others discuss the organization of disturbances in Odesa and other Ukrainian cities | detail

In Memory of Georgy Gongadze, Pavel Sheremet and All Slain Journalists

Traditional remembrance events on the anniversary of journalist Georgy Gongadze’s abduction and subsequent murder are especially poignant this year as they come just two months after the killing in Kyiv of Pavel Sheremet, the renowned Belarusian journalist and former prisoner of conscience. | detail 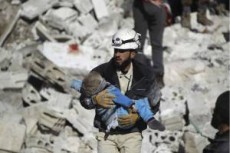 Why the West Ignores Russia’s Wars

While hundreds of thousands of people took to the streets in major cities across Western Europe and the United States to protest the American invasion of Iraq and, more recently, the invasion by America’s ally Israel of the Gaza Strip in 2014, Russia’s wars of choice in Syria and Ukraine have failed to excite a single public demonstration of any significance anywhere in the Western world | detail

One of the many Ukrainian prisoners forcibly moved to Russia after the latter invaded and occupied Crimea has died in a Russian prison, with the Russian authorities having ignored even the European Court of Human Rights | detail

Volodymyr Savytsky has been sentenced to 5 years’ imprisonment for the brutal beating of a Euromaidan activist in February 2014. | detail

Russia is ignoring international protest over its use of punitive psychiatry against Crimean Tatar leader Ilmi Umerov. As well as continuing practice that could endanger the 59-year-old’s life still further, men facing criminal charges have been placed in the same room as him. | detail

Three police officers are currently in detention after a 32-year-old man was beaten and fatally shot while in handcuffs in the early hours of August 24. | detail

Raising the Ukrainian Flag Volodymyr Rybak and Many Others Died For

The 25th anniversary of Ukraine’s Independence would have been a very special date under any circumstances. After Maidan and then Russia’s invasion, that anniversary and the Day of the Ukrainian Flag have become imbued with acute poignancy | detail

There has been a sharp deterioration in the health of 59-year-old Ilmi Umerov who has been forcibly placed in a psychiatric clinic in Russian-occupied Crimea despite the lack of any grounds for the criminal charges Russia has brought against him, or for the supposed ‘psychiatric assessment’. | detail

Why Putin Turns the Heat Up on Ukraine Now

Russian President Vladimir Putin may be preparing a new offensive in Ukraine. Russia has prepared an excuse for a military incursion to connect Crimea with rebel-held areas of the Donbas in eastern Ukraine | detail

Guns of August: Fears of Full-Scale War Return as Casualties Mount in Ukraine

There are signs of both sides going back to a war footing: Kyiv is on high alert and has deployed special-forces units and battle-hardened battalions to the front, while Russia has reportedly amassed large amounts of military hardware in Crimea, the Black Sea peninsula it seized from Ukraine in March 2014. | detail