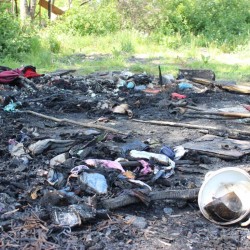 Another Roma camp attacked and burned down in Ukraine, with police seeing only ‘hooliganism’

A permanent Roma settlement in Rudne, near Lviv, was burned down on 9 May, leaving a number of families homeless.  It was the second attack on a Ukrainian Roma camp in less than a month, although this time nobody has publicly admitted to carrying it out.. While Ukraine’s Human Rights Ombudsperson clearly views this as a hate crime, and witnesses speak of a crowd of around 30 young masked thugs, the police have thus far only initiated an investigation into suspected ‘hooliganism’. | детальніше

The authors of this statement consider letter to be a piece of anti-Ukrainian defamation which is already in use by the propaganda sector of Russian Federation’s hybrid war on Ukraine. They urge all those interested in getting true information on anti-Semitism in Ukraine to turn to the Vaad of Ukraine for it. | детальніше 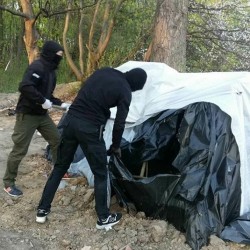 Video footage and witness accounts of the violent dispersal of a Roma camp on Lysa Hora by neo-Nazi C14 thugs emerged on 25 April which were in stark contrast to the version of events presented by the Head of the Kyiv Police, Andriy Kryshchenko.  By evening on 25 April, the police finally announced that a criminal investigation had been initiated after days of implausible denial. | детальніше 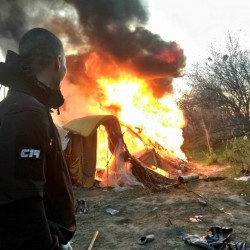 The far-right C14 organization has carried out an operation, possibly in cooperation with a Kyiv district administration, which resulted in Roma families being forced to flee their camp on Lysa Hora in Kyiv | детальніше 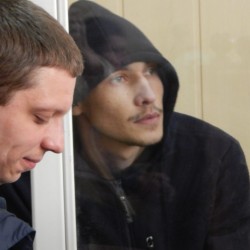 The court hearing the high-profile trial of a young man accused of the rape and murder of a child has rejected an application to hold the trial behind closed doors. The trial is of public interest because of the anti-Roma pogrom which followed it, and because there are grounds for believing that the defendant is innocent. | детальніше 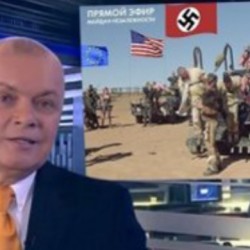 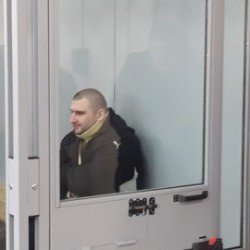 A 28-year-old Kharkiv man has been sentenced to life imprisonment for racist and homophobic attacks on six people, and the killing of another young man. The case was important in that the prosecution clearly identified the racism determining Vitaly Kadnichansky’s choice of victim, as well as referring to homophobic motives.  It also gained some notoriety due to the attempt by Oleh Lyashko, head of the ‘Radical Party’ to get the young man added to a list of ‘political prisoners’ in 2015, and released under an amnesty. | детальніше 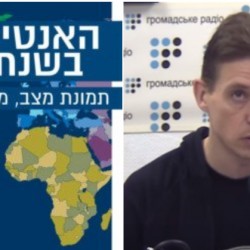 A report on anti-Semitism by the Israeli Ministry for Diaspora Affairs has come up with some statistics about anti-Semitism in Ukraine which would be alarming if they had any basis in fact.  According to Vyacheslav Likhachev, who has been systematically monitoring anti-Semitism and xenophobia in Ukraine for well over 10 years,  they have little or none. | детальніше 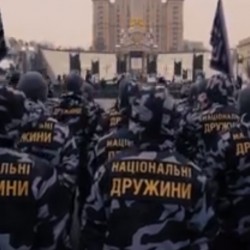 So-called ‘National Militia Units’ are promising to ’establish Ukrainian order” on the streets of Kyiv, seemingly in cooperation with Ukraine’s National Police.  Assurances from the Interior Ministry cannot allay concerns about police collaboration with an organization which has on many occasions demonstrated intolerance towards ethnic minorities, as well as to people whose sexual orientation, political or other beliefs they view with antagonism.  | детальніше 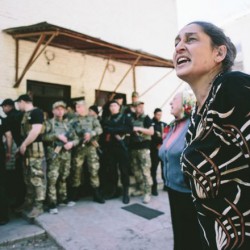 An Odesa court has reinstated the criminal proceedings initiated over police failure to react during anti-Roma riots last year in Loshchynivka, but only after human rights lawyers challenged the prosecutor’s decision to terminate the investigation.   | детальніше 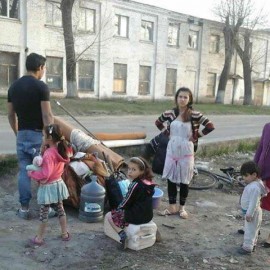 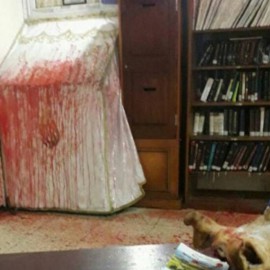 Ukraine’s Prosecutor General reports that a team of detectives from Kyiv will be sent to Uman in the Cherkasy oblast to investigate the foul attack on a synagogue during the early hours of Dec 21. | детальніше

The current ‘trial’ of imprisoned Crimean Tatar leader Akhtem Chiygoz is proving as openly contemptuous of the law as the charges themselves. Chiygoz has been prevented from attending his own ‘trial’, or even properly hearing what is being said, and the prosecutor makes no attempt to conceal his racist views | детальніше

Ukraine’s far-right has no need to look for mythical enemies when there’s a real enemy to be fought and their country truly needs to be defended. That is one of the reasons put forward in explaining the good news that the last 2 years of conflict, first on Maidan, then because of Russian aggression have not led to an increase in anti-Semitic and xenophobic violence in Ukraine. | детальніше

To Berlin-based lawyer Martin Luithle, Ivan Blagoy’s coverage was a reckless attempt to incite fear and hatred against migrants among Germany’s 6 million Russian speakers, and is punishable under German law. | детальніше

How do you protect likely victims if you deny racist motives?. Despite suspicion falling on known neo-Nazi racists for the attack on only black football fans at the Dynamo – Chelsea match on Oct 20 & and serious UEFA penalties, Ukraine’s police see only ’hooliganism’, for which the first person has just received a short suspended sentence | детальніше

Compelled by police inaction and misleading information presented to the President regarding a shocking racist attack on black football fans in Kyiv, journalists have carried out their own investigation which implicates a police officer and parliamentary aide and members of the Azov Civic Corps | детальніше

AAccording to well-known specialist Viacheslav Likhachev, Russian far-right and neo-Nazi groups have played the greatest role in the war in Donbas. Neither this, nor the Kremlin-backed militants’ consistent anti-Semitism impede their constant rhetoric about fighting ‘Ukrainian fascism’ | детальніше

In the second arson attack in less than 2 months, an ohel, or small chapel-like structure for prayer at the grave of a tsadik, or righteous person, has been set alight in the Memorial Jewish Cemetery in Kolomyia [Ivano-Frankivsk oblast] | детальніше

Even the most notorious neo-Nazi in Ukraine’s parliament recently denied having previously made white supremacist and anti-Semitic utterances – among the reasons why Viacheslav Likhachev, head of the National Minority Rights Monitoring Group and leading researcher in the field, expresses ‘cautious optimism’ about the situation with anti-Semitism and xenophobia in Ukraine. | детальніше