Bankova Prisoners: Anyone will do?Berkut’s VictimsUnconcealed ProvocationOZON: On where the police were and weren’t on Dec 1No Provoking a State of EmergencyNotorious provocateur Korchynsky behind the Presidential Administration violenceBohoslavska points finger at Party of the Regions for provocationLenin between Berkut and ProvocateursDeliberate attempt to provoke disturbances?Court Ban vs President’s WordsIvano-Frankivsk EuroMaidan organizer brutally assaultedTernopil activist Volodymyr Khanas brutally beatenGrowing anger and pitiful attempts by Ukraine’s leaders to shift the blameNot Cowered: Lviv EuroMaidanPolice action incompatible with democracyBerkut violently breaks up EuroMaidanUS warns of consequences if EuroMaidan dispersedThugs attack Channel 5 film crew near pro-government rallyHromadskie.tv journalists beaten up in centre of KyivNo will to investigate harassment of journalists
• Рубрики / Кримінально-виконавча система
•
•
• 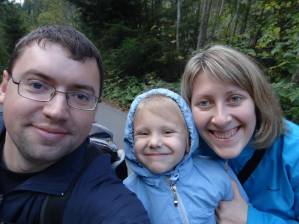 Oleksandr is a 32-year-old design engineer. He and his wife, Marina, have one daughter.

“My husband and a friend went out that day to support Ukrainians. On Bankova St they simply stood at what they thought was a more or less safe distance and watched. They didn’t chant any slogans or do anything illegal.”

His friend told her that Oleksandr had been beaten by Berkut officers although he showed no resistance.  She says that following this they took his phone away and just left him on the street crying out for help. As well as bleeding and bruised, he was also concussed, and has broken fingers.

It was only late evening that he was able to use somebody else’s phone and ring Marina and tell her that he was in the ambulance clinic,   He had concussion, serious bruising and chest injuries, and two broken fingers.

Marina has not been allowed to visit him.

Volodymyr Semkiv, a friend,  writes:  “I’ve been at a lot of court hearings, but have never seen such a shameful travesty.  Oleksandr Ostashchenko was remanded for 2 months, accused of taking part in mass riots. I find it incredible how the system is protecting its own crimes: the police beat a defenceless man, and then they pin criminal charges on the defenceless and beaten victim.  The prosecutor takes it on himself to cover the police’s back, and the court goes along with it.”

Oleksandr is a 32-year-old design engineer The court ignored the fact that Oleksandr has a small daughter, that he is not just supporting his own family, but also his parents. Judge Svitlana Haiduk chose not to worry about the signs of beating, nor the fact that his fingers were in plaster.

This, it should be stressed, is despite the fact that she saw the video clips which showed Ostashchenko being knocked to the ground by a Berkut officer, then beaten while lying on the ground.  She apparently even looked shocked.  Yet then retired to the consulting chamber and on her return ordered his detention for two months.

On a video clip taken by Vidro Production, you can see Ostashchenko come out of the courtyard on Bankova St.  Approaching the police officers he lifts his hands up, showing that he is not showing resistance - and is beaten (4:49-4:57).

This material and other information prompted Amnesty International on Dec 6 to issue an Urgent Action regarding the unreasonable detention of the 9 men.. 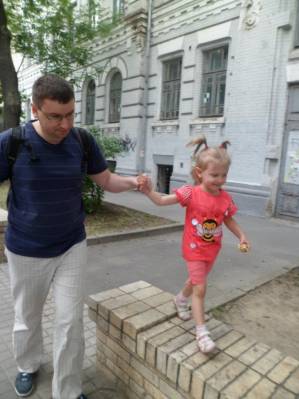