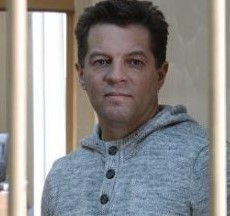 Ukrainian journalist Roman Sushchenko, imprisoned in Russia since September 2016 is facing a 14-year sentence on mystery spying charges after a ‘trial’ heard before a closed court. 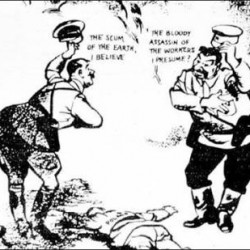 The Czech authorities have found no grounds for giving Vladimir Luzgin political asylum, and say that they cannot “get into a discussion about historical facts”.  No ‘discussion’ is, in fact, required, since 38-year-old Luzgin was prosecuted in Russia for reposting a text that quite correctly states that both Nazi Germany and the Soviet Union invaded Poland in 1939. 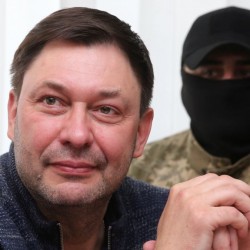 There has been a startling divergence in the reaction to the arrest of RIA Novosti Ukraine’s General Director Kirill Vyshynsky and the search of the agency’s offices. Prominent Ukrainians known for their opposition to censorship in any form stress only that the charges must be fully proven, while a number of western media watchdogs have expressed deep concern 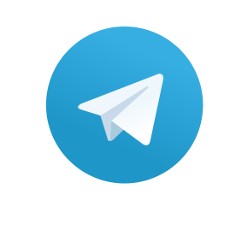 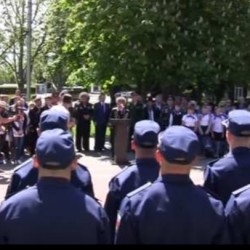 Russia as occupying state is not only violating international law by conscripting Crimeans into its army, but has placed material from the Crimean Human Rights Group informing people of this on its huge ‘Register of prohibited information’. 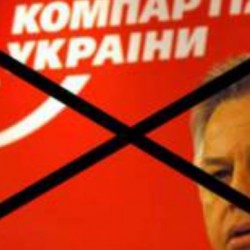 Searches have been carried out, on the eve of Victory Day, at the homes of Petro Symonenko and other leading Ukrainian communists.  According to the Security Service, this was in connection with a previously unreported criminal investigation into very serious charges, though the grounds for those charges remain largely unclear. 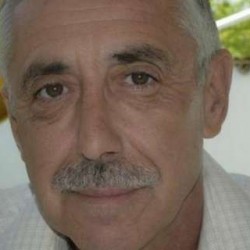 “You can jail a person, but how do you imprison thoughts?” The question was put by Ukrainian activist Suleyman Kadyrov on 3 May during the appeal hearing against his 2-year suspended sentence for a comment on Facebook that Crimea is Ukraine. 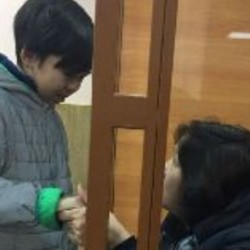 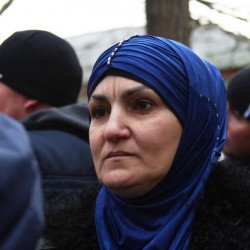 49-year-old Zarema Kulametova has been convicted in Russian-occupied Crimea of ‘insulting’ a police officer on the day that her son disappeared for several hours after being taken away by armed enforcement officers. The officer was awarded ’compensation’ after claiming to have ’been depressed for several months" 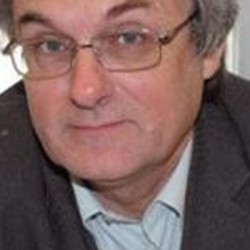 Until recently, Oleksiy Svyetikov assured the OSCE that there were no threats for journalists in Ukraine, citing his own frequent criticism of the authorities as proof. The events on 29 March radically changed his mind 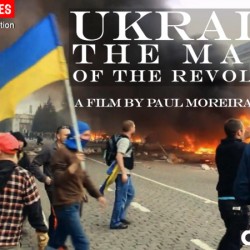 A French court has upheld a ruling that found Ukrainian journalist Anna Chesanovska guilty of defaming Paul Moreira in comments about his highly controversial film on Ukraine ‘Masks of the Revolution. As well as a prohibitive fine, the journalist has been ordered, in effect, to retract the truth about a film which is grossly manipulative and misleading 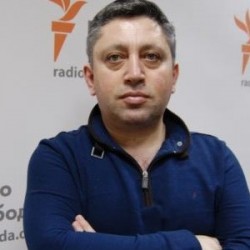 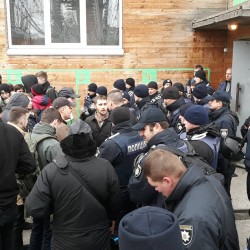 Over 50 young far-right activists descended on events linked to the Docudays Film Festival on 26 March.  As well as demolishing posters promoting tolerance and diversity, they also tried to prevent people from attending a panel discussion on far-right movements.  In refreshing contrast to at least one previous occasion, the police acted swiftly, ensuring that the event took place and that the participants were able to safely leave after it. 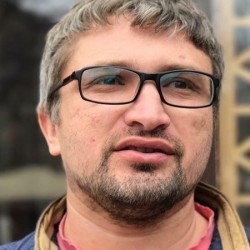 Nariman Memedeminov has been arrested on spurious ‘terrorism’ charges concocted over YouTube videos posted back in 2012. This is a flagrant attack on civic journalists who in conditions of Russian censorship and control of the media provide vital information about human rights violations 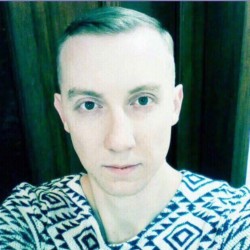 It is almost a year since Stanyslav [Stas] Aseyev was taken prisoner by Kremlin-backed Donbas militants. There are real concerns about his health, and there remains no sign that the Russian-controlled militants are planning to release him or around 100 other hostages. 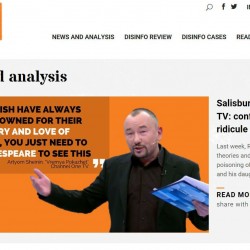 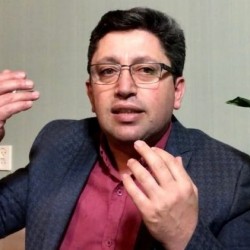 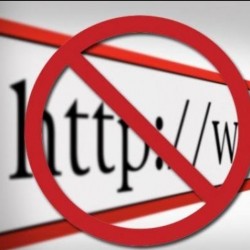 If in Soviet times, it was the BBC and other western broadcasters whose radio stations were jammed, it is now Ukrainian Internet sites that Russia is either totally or partially blocking in occupied Crimea 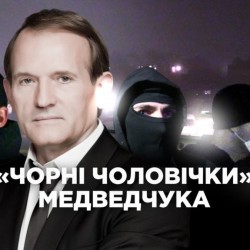 Ukraine’s National Police have initiated a criminal investigation into claims that journalists from the Skhemy anti-corruption program violated the right to privacy of controversial Ukrainian politician Viktor Medvedchuk. The move comes soon after criminal charges were brought against guards who tried to prevent the journalists from carrying out their investigation, and is viewed by the  Skhemy team as retaliation and an attempt to intimidate them.

An attempt was made in Kyiv on March 5 to detain Fikret Huseynli, a journalist working in exile for an opposition channel, and facing a baffling ‘extradition check’ in Ukraine.  Huseynli received political asylum and later citizenship in Holland and there is no way that Ukraine can legally extradite him to Azerbaijan.  The events on 5 March, however, compound concern that an attempt could be made to abduct him, and hand him over to the Azerbaijani authorities..
« 11  12  13  14  15  16  17  18  19  20  » ... 105
x