Documenting war crimes in Ukraine.
The Tribunal for Putin (T4P) global initiative was set up in response to the all-out war launched by Russia against Ukraine in February 2022.
• Topics / Prohibition of discrimination 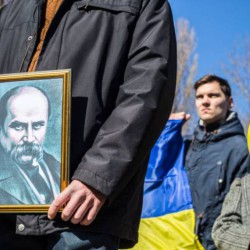 Despite an apparently clear commitment, Russia has done nothing to comply with the demands issued by the UN International Court of Justice back in April 2017.  The Crimean Tatar Mejlis remains banned, and the situation with the Ukrainian language, especially in Crimean schools is, if anything, more catastrophic. 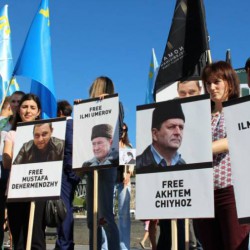 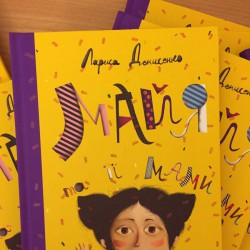 A book highlighting different types of families, including one headed by a lesbian couple, has been pulled from a large book fair in the western Ukrainian city of Lviv over fears of possible violence. 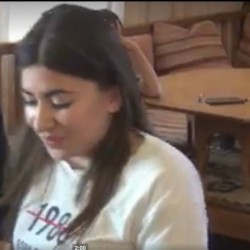 “You have no rights” is what the mother of a young Crimean Tatar woman was told when Russian enforcement officers arrived to search their home.  This, it was claimed, was because the young woman, Zarema* from Bakhchysarai had “behaved badly to the Russian-speaking population”. 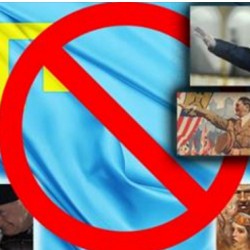 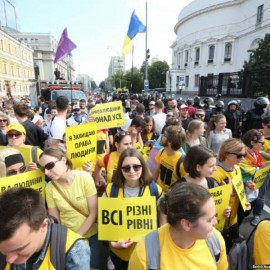 According to police, some 2,500 people gathered for the March of Equality in the center of Kyiv. An estimated 5,500 officers ensured that the event proceeded without disturbance. 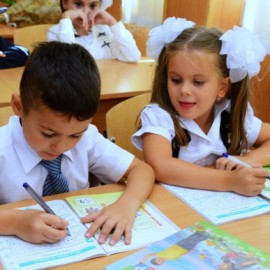 Following the International Court of Justice’s order that Russia remove impediments to the use of Ukrainian in Crimean schools, Ukrainians in Sevastopol have been told that Ukrainian is not a state language and that lessons can only be extra-curricular. 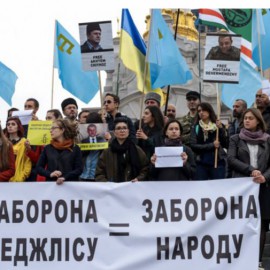 Russia is both distorting the substance of the recent International Court of Justice judgement on occupied Crimea, and refusing to stop its extraordinary criminalization of the Mejlis, or self-governing body of the Crimean Tatar people. It is also simply ignoring the order regarding education in Ukrainian 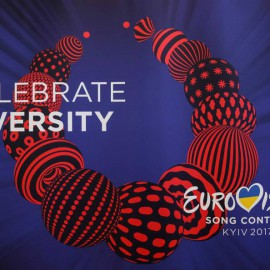 Multiculturalism Is the Answer to Ukraine’s Identity Crisis

Ukraine has been one of Europe’s most diverse and multicultural lands for centuries. Since the Soviet collapse, this organic multiculturalism has played a disappointingly minor role in Ukraine’s nation-building efforts. However, it is perfectly in tune with the new and inclusive sense of national identity that has flourished in Ukraine thanks to the Euromaidan Revolution and Russian President Vladimir Putin’s hybrid war.

Disturbances on August 27 in Loshchynivka (Odesa oblast) have resulted in the targeted ethnic group ‘agreeing’ to leave the area, and being too fearful to even return to collect their possessions. There are differences from the pogroms of the past, but there are also some very worrying similarities, including how the authorities and law enforcement bodies reacted.

Prepared by Anti-Discrimination Centre “Memorial” and Kharkiv Human Rights Protection Group for the 90th session of the UN CERD, 2016

Ukraine did it! LGBT Equality March passes without major problems

For the first time, a planned Gay Pride march has taken place in the very centre of Kyiv with few incidents. On a day so darkened by the massacre in Orlando, Florida, this may have seemed a small thing, but for Ukraine it was a major achievement

Nine months after an Equality March in Kyiv was attacked by right-wing homophobic thugs, four men have received 2-year suspended sentences. No hate crime component was taken into account and the defendants were deemed to deserve a milder sentence for their ‘sincere remorse’.

The Equality Festival events planned for this weekend in Lviv have been disrupted and the activists effectively – and with violence – driven out of the city. The police did not detain any of the young far-right thugs in masks who first harassed activists, then surrounded the hotel and attacked a coach with Equality Festival activists.

Ukraine’s Government backs down on appointment of homophobic Family Ombudsman

Ukraine’s Cabinet of Ministers appears to have withdrawn its appointed Family Ombudsperson after public outrage over the person’s highly contentious views on the subject of LGBT rights, support for a Russian-style law banning ‘propaganda of homosexuality’ and some seriously offensive pronouncements.

A fourth attempt to pass a vital ban on discrimination in the workplace has finally succeeded, with the amendment receiving 234 votes, 8 more than the minimum required. The amendment specifically bans discrimination on the grounds of sexual orientation, and it was this that uncovered a worrying level of homophobia among Ukrainian MPs.

If the absence of a number of MPs during the previous attempt on Nov 5 seemed suspicious, on Tuesday it could confidently be called sabotage – of Ukraine’s prospects for European integration.

Ukraine’s Verkhovna Rada has failed to support a key provision on prohibiting the discrimination of sexual minorities in the new Labour Code, a critical requirement for the EU to waive visa requirements

Schoolchildren forbidden to speak to each other in Crimean Tatar

Students at one Crimean school have been prohibited from using the Crimean Tatar language to communicate among themselves, despite the fact that the school is in a village where Crimean Tatars constitute 70% of the population. A man was recently also threatened with dismissal if he spoke with clients in Crimean Tata
1  2  3  4  5  6  7  8  9  10  » ... 12
x