37-year-old Vladimir Luzgin has been convicted and fined 200 thousand roubles for reposting a text which correctly states that the Soviet Union, in collaboration with Hitler, invaded Poland in 1939. A Russian prosecutor claimed and a court in Perm accepted that Luzgin was guilty of posting “knowingly false information”.

Courageous believers have held a third picket in Moscow affirming that denunciations and prosecutions for ‘offending believers’ feelings’ run counter to Christ’s teachings. Their protest came as Russia’s upper house of parliament passed a law which criminalizes failure to denounce others and makes it possible to prosecute 14-year-olds for taking part in demonstrations.

If convicted of ‘maliciously evading’ compliance with the demands of Russia’s law on ‘foreign agents’, human rights activist Valentina Cherevatenko could face up to 2 years’ imprisonment. Her organization’s problems began after initiating a project aimed at monitoring implementation of the Minsk Agreement on the war in Donbas.

Oleksandr Kolchenko, the Ukrainian civic activist tried together with filmmaker Oleg Sentsov on involvement in a non-existent ‘terrorist plot’, has been refused a visit from the Ukrainian consul with the prison authorities claiming that Kolchenko is a Russian national. Most ominously, he is being put under pressure to sign a Russian passport they have already prepared.

Two and a half years after Ukraine’s Maidan forced the withdrawal of a law introducing sweeping dictatorial powers, Russia has passed a law which seems aimed at terrorizing and silencing civil society with direct impact for Ukrainians in Crimea under Russian occupation.

There have been a string of assaults and arson attacks targeting Russians who have openly criticized their government on social-networking sites.

A Kirov court on June 16 ignored not only the fact that Russia is illegally holding Oleksandr Kostenko in prison, but the Russian Supreme Court’s guidelines on parole. Nothing, it seems, matters if the order has come to convict a person and then make sure he serves the sentence to the end.

The 10 months in which Ukrainian Stanislav Klykh was illegally held and tortured by Russian investigators, with no access to lawyers or to his family, have left deep psychological, as well as physical scars on the 42-year-old historian. It is his clearly disturbed state which makes the new ‘investigation’ against him particularly cynical.

Freed Ukrainian Political Prisoner: Sanctions Against Russia Must Continue to Free Others

74-year-old Yury Soloshenko and Gennady Afanasyev (26) are finally home and enormously grateful for the support they received. They both spoke of the need to return all prisoners held by Russia, and the role in this that sanctions play

Oleksiy Chyrniy, a Crimean tried illegally in the same case as Ukrainian filmmaker Oleg Sentsov and civic activist Oleksandr Kolchenko has been brought from a Russian prison in Magadan and placed in the Moscow Serbsky Institute. The move could possibly be a step towards his release. There is still no sign that the Kremlin plans to free Sentsov and Kolchenko

Russia’s contempt for the law demonstrated in the trial of Mykola Karpyuk and Stanislav Klykh who were illegally imprisoned, tortured and sentenced to over 20 years on trumped-up charges has now extended to the lawyers defending them. .

Pavlensky says he will not pay fine after his unexpected release

A Moscow court on June 8 rather unexpectedly released Pyotr Pavlensky from custody, after finding him guilty and fining him for damaging what was referred to as a ‘site of cultural heritage’, namely a door to the FSB building on Lubyanka Square

Serhiy Lytvynov, the Luhansk oblast resident abducted in Russia and tortured into confessing to war crimes that never happened, is demanding a formal apology for his unlawful prosecution. This he has the right to by law, and his lawyer Viktor Parshutkin plans to take the matter to court if Russia’s Prosecutor General fails to react.

Human rights activists warn that the significantly increased use of fines against peaceful protesters and the increasing use of the death penalty shows that the EU’s softening attitude to Alexander Lukashenko’s regime is misguided. 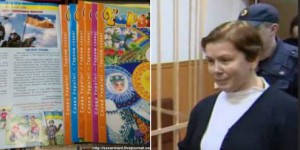 The Ukrainian Literature Library in Moscow was, it transpires, a hotbed of ‘extremism’. That’s according to Yevgeny Tarasov who was commissioned to carry out a ‘psycholinguistic’ assessment of books from the library as part of the criminal proceedings against Natalya Sharina, director of the library and recognized political prisoner

Russia’s Supreme Court has refused to even consider the cassation appeal lodged against the sentences passed on world-renowned filmmaker Oleg Sentsov and civic activist Oleksandr Kolchenko. The move was predictable, yet still profoundly disturbing given the lack of any grounds for the charges and “Stalinist” nature of the trial.

One day after releasing Nadiya Savchenko, Russia has sentenced two other Ukrainians to virtually identical terms of imprisonment on even more insane charges. The indictment flew in the face of historical fact, and both Mykola Karpyuk and Stanislav Klykh can prove that they were in Ukraine at the time of the alleged crimes in Chechnya

One of the few monuments in Russia devoted to "the victims of political repressions during the 1930s." has a single line noting that fact, then dedicates 12 lines to honoring one particular victim of Stalin’s Terror: Valter Vand, the former head of the local branch of the NKVD

Russian poet detained for ripping down portrait of Stalin

Not Forgotten! Solidarity Campaign for ‘Crimean Four’ imprisoned in Russia

Russia has hidden Crimean political prisoners: renowned filmmaker Oleg Sentsov, Oleksandr Kolchenko; Gennady Afanasyev and Oleksiy Chirniy as far from their families, the media and western diplomats as could be achieved, which in Russia is far. Join Ukrainian civic organizations in proving that it’s not far enough!
« 21  22  23  24  25  26  27  28  29  30  » ... 118
x