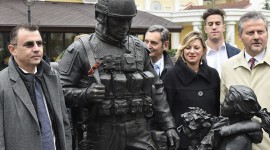 However marginal the motley bunch of far-right politicians visiting Russian-occupied Crimea may be, they serve Russia’s propaganda machine and are also publicly admitting to flouting sanctions binding on their country 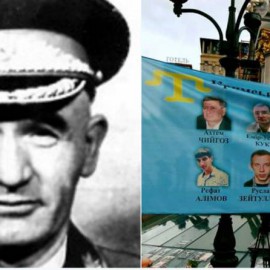 It is the 109th anniversary today of the birth of Petro Grigorenko, Soviet General, Soviet dissident, victim of punitive psychiatry and defender of the Crimean Tatar people. His friend Mustafa Dzhemiliev is now again in exile, and the Crimean Tatars facing persecution in their homeland under Russian occupation 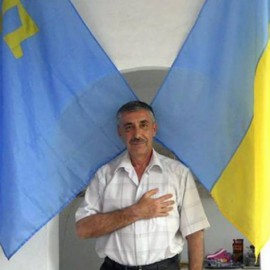 Russia is literally accusing Suleyman Kadyrov, as it has Ilmi Umerov and journalist Mykola Semena, of ‘separatism’ for opposing Russian occupation of their homeland, with the article of the criminal code – 280.1 carrying a possible 5-year term of imprisonment 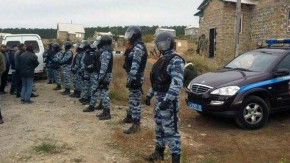 Five more Crimean Tatars are in custody in Russian-occupied Crimea accused of involvement in an organization which is legal in Ukraine. The five men are all devout Muslims and some at least have this year or last taken part in the Hajj, or pilgrimage to Mecca. Under Russian occupation, no more appears to be needed to face imprisonment on concocted ‘terrorism’ charges.

Russia’s criminalization of the Crimean Tatar Mejlis and persecution of its leaders may well be revenge for spoiling the Kremlin’s plan to seize Crimea without getting its hands dirty. This has long been suspected, and was only confirmed by intercepted conversations with Putin’s advisor Sergei Glazyev. 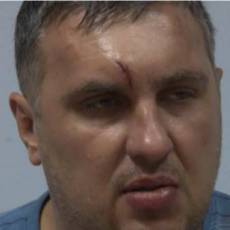 There is reason to believe that Yevhen Panov and Andriy Zakhtei, two Ukrainians held prisoner by the FSB in Russian-occupied Crimea have been taken to Russia, with this coming soon after compelling evidence was made public of the torture Panov was subjected to.

Suleyman Kadyrov, a member of the Feodosia mejlis (regional self-governing body) could be the next to face surreal ‘separatism’ charges, following an armed search linked to a Facebook post from March 2016 in which Kadyrov calls Crimea part of Ukraine. . 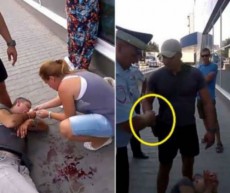 No criminal proceedings were brought against the man, probably a police officer, who brutally attacked Ihor Movenko over Ukrainian symbols and an ‘Azov Battalion’ sticker on his bike. Only Movenko has faced a court hearing and fine

Only a miracle remained, and it didn’t happen. Russia has formally banned the Mejlis, or self-governing body of the Crimean Tatars, the main indigenous people of Crimea which Russia invaded and annexed two and a half years ago. An escalation in repression seems inevitable, with a number of Mejlis leaders in immediate danger.

The current ‘trial’ of imprisoned Crimean Tatar leader Akhtem Chiygoz is proving as openly contemptuous of the law as the charges themselves. Chiygoz has been prevented from attending his own ‘trial’, or even properly hearing what is being said, and the prosecutor makes no attempt to conceal his racist views

International protest over Russia’s prosecution and punitive psychiatry against Crimean Tatar leader Ilmi Umerov has not gone unnoticed in Moscow. The demands for his immediate release are unheeded, but a newspaper close to the Kremlin has produced a supposed ‘interview’ trying to discredit Umerov and refute all grounds for protest.

Russia’s censor has blocked the Ukraine Crisis Media Centre over a press conference given by the world-renowned Crimean Tatar leader Mustafa Dzhemiliev and others. In it they called for a civil blockade until Russia released Crimean political prisoners, stopped crushing freedom of speech, etc. Russia’s response has been to step up repression.

The court currently preventing Crimean Tatar leader Akhtem Chiygoz from attending his own ‘trial’ has now refused to allow prominent Crimean Tatar rights lawyer Emil Kurbedinov to defend him. Nikolai Polozov, a Russian lawyer who is also representing Chiygoz, calls what he is seeing in Crimea “total lawlessness”.

Further attempts to create an information blockade on Russian-occupied Crimea were followed this weekend by a block on the crossings between mainland Ukraine and Crimea, claims of Ukrainian ‘terrorist subversion’ and major deployment of heavy military equipment 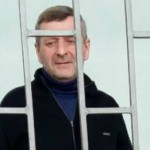 Russia’s most openly lawless prosecution since occupying Crimea has descended to a new low with the refusal to allow Crimean Tatar leader Akhtem Chiygoz to even attend his own court hearings and the unfounded decision to separate the proceedings into two trials.

Ukraine’s government has formally established February 26 as the Day of Crimean Resistance to Russian Aggression. The choice of date is linked with one of the most cynical cases of repression specifically targeting Crimean Tatars that the West has failed to adequately address. The decision was made even more poignantly appropriate by coming on political prisoner Ali Asanov’s 31st birthday, his second in detention.

Russia’s calculation in crushing dissent in Crimea has proven disturbingly accurate. Ignore protest, hiding even world-renowned filmmaker Oleg Sentsov far from the media and create a virtually total blockade on information in Crimea. You can then continue abductions, disappearances and virtually indefinte imprisonment on surreal chances with little protest at all from the West.

Upbeat noises in the pro-Kremlin media about the Kerch Strait Bridge that Russia is trying to build to Crimea without any environmental impact studies are fighting against the odds, with reports of financing problems now compounded by news of an extremely obscure ‘insurer’.
««  61  62  63  64  65  66  67  ... 67
x