Another death following a visit to the police stationNumber of deaths in police custody triplesDeath in police custody – what needs to be done?Ministry of Internal GlossDraft Law on the Police: Trojan Horse for the Public?Over 400 victims of Russian aggression remain unidentified in liberated Kharkiv oblast Russia abducts and tortures Kherson official and his family for serving Ukraine Belarusian rail partisan sentenced to 16 years for obstructing Russia’s invasion of Ukraine ‘At the plant in Volchansk, the Russians tortured even the priest with an electric shock’Russian torture was particularly savage in Kherson oblast, with even teenagers imprisoned ‘My mom wanted to take poison, but she learned from a letter that we were alive.’ The story of a doctor from Mariupol, part 2Kherson journalist, imprisoned by the Russians, tells of killing, rape and torture of hostages Ukraine’s penitentiary institutions and the war‘There was a human being, and the body was torn apart in an instant’ — a Mariupol graduate who went through hell‘Stand up for your convictions, even if you stand alone!’ Anti-war activities in Russia, 3-9 OctoberUN Report: Russia used civilians as human shields and carried out summary executions including of a 14-year-old ‘Mogilisation’. Anti-war activities in Russia, 26 September to 1 OctoberBodies of more tortured victims and Russian torture chambers found in liberated parts of Kharkiv oblast Russian atrocities at Bucha may be nothing to those that will be found when Kherson is liberated 13 children killed in Russian attack on civilian convoy in Kharkiv oblast
• Topics / Against torture and ill-treatment
• Topics / Law enforcement agencies

Protest in Kharkiv against police violence

On Thursday 7 April a picket organized by the Kharkiv Human Rights Group took place outside the Kharkiv Regional Police Department. Despite the rain the picket was attended by around 70 people, both concerned members of the public and representatives of different civic organizations.

They were expressing their outrage over the continuing violence at the hands of the police.

As reported, a few days ago yet another person detained, Yevhen Zvenigorodsky, died after being beaten by police officers. Since the beginning of the year 18 people have died in police stations. 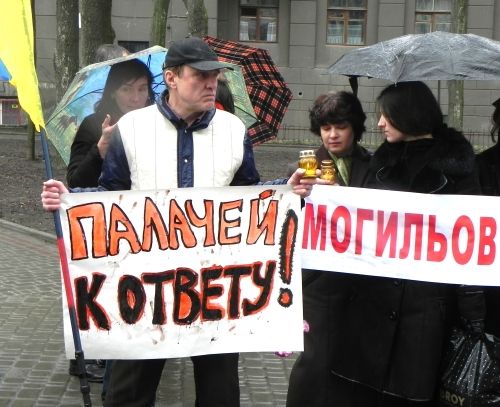 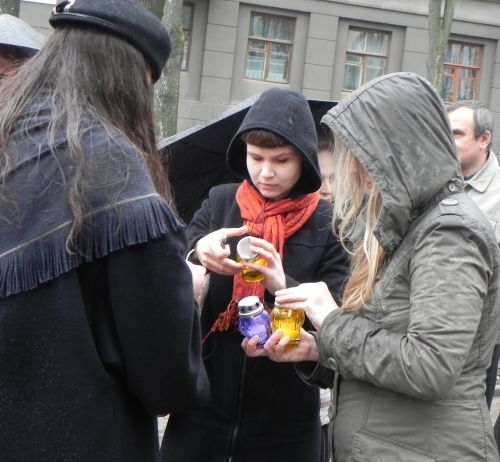