Freedom House Denounces Arrest and Continued Harassment of Yulia TymoshenkoUkrainian World Congress calls for immediate release of Yulia TymoshenkoBBC reports arrest of Tymoshenko as Breaking NewsTYMOSHENKO HAS BEEN ARRESTEDFrom trial to circusUkraine’s Systemic ErrorWriters and intellectuals call for the trials of Tymoshenko and Lutsenko to be stoppedPolice, unlike journalists, allowed to film Tymoshenko trialJournalists demonstrate direct involvement of President’s Administration in Tymoshenko trialEconomist: Justice in Ukraine: Democracy on trialGerman Ambassador reiterates warning about consequences of selective justiceTymoshenko trial: tweets included, not witness’ documentLawyers’ Association rejects accusations against Tymoshenko’s lawyerJudge rejects Prosecutor’s request to arrest TymoshenkoTymoshenko trial: Gryfon police officers use foul language and force to clear the courtTweets Made Evidence In Tymoshenko TrialCourt adds Tymoshenko’s notes on Twitter to the prosecution caseTymoshenko to ask specialists whether the Judge explained what she’s charged withIndependent: Trial puts Tymoshenko back in the spotlightTymoshenko’s Lawyer: How do you formulate a crime that didn’t exist?
• Topics / Politics and human rights
• Topics / The right to a fair trial

The President of the European Parliament Jerzy Buzek, after receiving the news of a Ukrainian Court’s decision to detain former Prime Minister of Ukraine Yulia Tymoshenko, made the following statement:

"I am disturbed by the news about Court’s decision to detain former Prime Minister Tymoshenko. The context and conditions raise concern about the politically motivated nature of this decision, and about the application of the rule of law in Ukraine.

I have recently expressed my concern to Ukraine’s leaders about the apparent selectivity in opening criminal proceedings against Ms Tymoshenko and other former ministers of previous government.

I urge Ukraine to uphold the principles and common values that define our relationship and that form the core of the Eastern partnership." 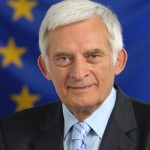