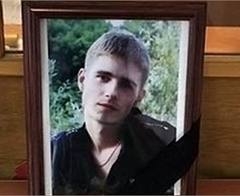 The Kyiv Court of Appeal has revoked the ruling of the Desnyansky District Court which in April did not accept the way the Prosecutor’s Office had investigated the death in May 2010 of young student, Ihor Indylo. The court then concluded that the reason for Ihor’s death had not bee sufficiently well investigated, and sent the case back for further examination.  This was as requested by Ihor’s parents.

The Court of Appeal however found that there were no grounds for further examination and returned the case to the Desnyansky District Court.  The panel of judges did not allow the application from Oleksandr Zarutsky, the lawyer representing Ihor’s parents, for an additional forensic examination and to review the CCTV footage from the police station where Ihor Indylo died.

Two forensic medical examinations of the young man’s body have come up with contradictory results. The first found that he had received an injury from falling from the level of his own height (hinting that he had fallen in a state of intoxication either in the hostel or in the investigator’s office).  The second was that he had died after falling from the bench in his cell.

A criminal investigation was initiated and in November the Kyiv Prosecutor’s Office announced that it was handing the case to the court.  The Prosecutor denies that Ihor Indylo was killed, just “inadequately watched over”.

The police officer, Serhiy Prykhodko, who took Ihor Indylo to the police station is accused of exceeding his official powers with this involving violations and actions denigrating the victim’s dignity, yet without any signs of torture.  The Senior Inspector of the Shevchenkivsky District Police Station, Serhiy Kovalenko is also charged with negligence.

According to the Prosecutor’s Office, “the investigation’s version that the police officers were implicated in inflicting fatal injuries on Indylo did not find objective confirmation.”