Police forced to admit using teargas – “all legal, all correct”

On Friday evening, the Kyiv Police Department stated that “an officer of the Special Unit Berkut lawfully used a special device, an aerosol canister during the confrontation between police officers and participants in an opposition protest on Independence Day 24 August”.

Volodymyr Polishchuk, the Head of the Public Liaison Department of the Kyiv MIA told Interfax Ukraine that a check had found that the officer acted lawfully and in full accord with the Law on the Police.

This came after publication of material and a photograph by Ukrainska Pravda journalist Serhiy Leshchenko showing an officer holding the canister, and video footage indicating that the canister was used.

It came also after a statement from the same representative of the same police department that no special means had been used.

And after the Head of the MIA Central Headquarters, A. Lazaryev stated that the canister “may have been some kind of personal hygiene item, or perhaps other spray devices which are sold in perfumery or domestic goods shops.  However it was not teargas, that is categorical”. 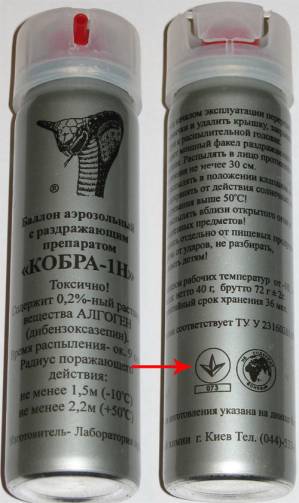