Gongadze Lawyer: Pukach acts as though he feels protectedGongadze murder: Material on Kravchenko returned to the Prosecutor GeneralMyroslava Gongadze: They’ve taken away my right to know the motives of Pukach’s crimeCPJ: Gongadze murder suspect’s trial should be open to publicGongadze Case: 150-page indictment behind closed doorsGongadze Lawyer: Where are the “State secrets” in the Pukach trial?Gongadze Lawyer: Pukach Case closed so that Journalists don’t hear to muchOne of the aggrieved parties in the Pukach trial kept out of the hearingCourt hearing in Pukach trial postponedPukach trial to be held behind closed doorsKuchma’s lawyers get criminal investigation reopened against MelnychenkoTrial of Gongadze murder suspect to continue behind closed doorsCharges against Kuchma: Is this about murder – or politics?Ukraine’s ex-president charged over murderGongadze lawyer sees grounds for criminal charges against Kuchma - and politicsProsecutor’s Office confirms criminal case against KuchmaAppeal court upholds removal of contract killing charge in Gongadze caseCPJ concerned by irregularities in Ukraine’s Gongadze caseThose behind Georgiy Gongadze’s murder still unpunished 10 years laterProsecutor’s decision to remove contract killing charge in Gongadze case challenged
• Topics / The right to life
• Topics / Freedom of expression 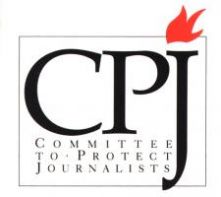 New York, August 31, 2011--A former general with the Ukrainian Interior Ministry testified in a Kyiv court on Tuesday that he killed journalist Georgy Gongadze in 2000 in a plot orchestrated by former President Leonid Kuchma and other top officials, according tonews reports and CPJ interviews.

Former Gen. Aleksei Pukach is being tried on charges he strangled and beheaded Gongadze, a prominent investigative reporter and editor of the online newspaperUkrainska Pravda. Pukach’s trial, which began July 7, has been conducted in private. News accounts of the proceedings are based on interviews with lawyers for the Gongadze family who were allowed to attend.

Kuchma and Dzhiga denied involvement, saying Pukach fabricated the account to win leniency in court and avoid a potential life sentence,  local press reports said. Litvin did not immediately respond to the accusation.

Authorities indicted Kuchma in March on abuse-of-office charges in connection with the slaying, a case that remains pending. Myroslava Gongadze told CPJ that prosecutors should now open investigations into the alleged roles of Dzhiga, Litvin, and Fere. Authorities have already publicly identified Kravchenko as a conspirator. In 2005, Kravchenko was found dead in his apartment just hours before his scheduled questioning in the Gongadze case. Although Kravchenko suffered two gunshot wounds to the head, authorities said he had committed suicide.

Prior to his murder, Gongadze’s website had reported extensively on allegations of corruption and vote-rigging in the Kuchma administration. CPJ’s worldwide research shows that Gongadze was the first journalist whose work appeared primarily online to be slain for his reporting.

The panel of judges presiding in Kyiv’s Pechersky District Court have closed the proceedings and sealed the indictment against Pukach on grounds of protecting state secrets. The court did not explain why the entire proceedings, rather than portions, merited sealing, Valentina Telychenko, lawyer for Myroslava Gongadze, told CPJ. The court has denied three requests by Telychenko to open the trial to the public.

In an interview with CPJ today, Myroslava Gongadze again called for the unsealing of the indictment and proceedings. "By sealing the trial on allegations of state secrets’ protection, the court violates my plaintiff rights, " she told CPJ.

"It is outrageous that the public cannot follow proceedings in a trial that could determine the future of press freedom in Ukraine. The hearing must be open to all, " CPJ Deputy Director Robert Mahoney said. "The authorities must also follow up on the accused’s testimony and find and prosecute all those, no matter how powerful and well-connected they are, who plotted the murder of Georgy Gongadze."