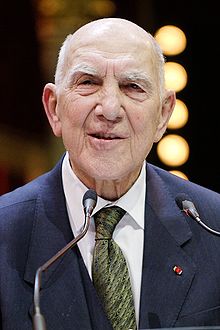 Stéphane Hessel, Honorary President of the Committee of members of the International Federation for Human Rights (FIDH), went through many challenges in his life. Being a participant of the French and English anti-Nazi Resistance, he was taken to Buchenwald where he was to have been executed by shooting, but managed to escape.

After WWII he took part in the drafting of the Universal Declaration of Human Rights which was adopted by the majority of state parties to the UN in 1948.

During his work in the UN Hessel mediated decolonization conflicts in different parts of the world and worked as a diplomat. The defence of civil rights and liberties all over the world is still one of the main priorities of his activity.