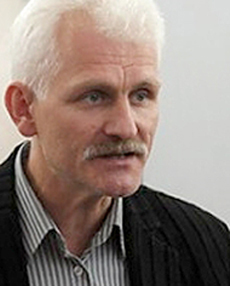 MEPs express deep concern at the deteriorating situation of human rights defenders in Belarus. They strongly condemn the recent arrest of and allegations against Ales Bialiatski, Chair of the "Viasna" Human Rights Centre and the Belarusian authorities’ failure to respect the fundamental rights of freedom of assembly and expression.

Given the "unprecedented crackdown on civil society in Belarus following the presidential elections in December 2010", MEPs believe that the criminal case against Ales Bialiatski is politically motivated and intended to obstruct his legitimate work as a human rights defender. They call for Ales Bialiatski to be "immediately and unconditionally released from custody and for the investigation and all the charges against him to be dropped".

Parliament also calls on the Council, the Commission and foreign policy High Representative Catherine Ashton to step up their pressure on the Belarusian authorities, and to further expand the visa ban and asset freeze list to include those involved in the arrest and prosecution of Ales Bialiatski.

Sudan: the situation in Southern Kordofan and the eruption of fighting in Blue Nile State

MEPs deplore the loss of life, violence, human rights abuses and lack of humanitarian access in Southern Kordofan and Blue Nile state and strongly condemn the SAF invasion of Southern Kordofan and Blue Nile states. They urge all parties to immediately cease fighting and to seek a political solution based on the agreement of 28 June 2011. They also call for the state of emergency in Blue Nile State to be lifted.

Parliament also demands that all sides allow humanitarian agencies to have immediate, unhindered access to all those in need free from intimidation and violence. Civilians and humanitarian workers must be protected.

Finally, MEPs call on the Commission, EU Member States and the international community to "honour their funding commitments to the region, particularly to address severe shortages of food aid, emergency shelter and protection". They also call for close attention to the food security situation and measures to be put in place should the situation worsen. Additional assistance might be needed to overcome the looming threat of a new large-scale humanitarian crisis in the region, they say.