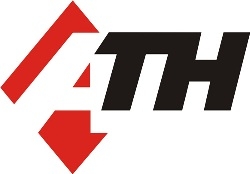 On Monday, 19 September the news team of the TV channel ATN will be picketing the Mayor’s Office and call on all concerned members of the public to join their protest against the unlawful removal from air of the three television channels who carried ATN news.  They say that members of virtually all media outlets in Kharkiv plan to support them.  They ask people to distribute the information through social networks and to join them from 11.30 on Constitution Square.

As reported, the broadcasting signals have been cut off from the Kharkiv Regional TV and Radio Broadcasting Centre [KhORTPC], both from cable and radio frequencies.  This took place simultaneously from several providers despite existing agreements.  ATN states that officials are obstructing the reinstatement of communications. “In this way a million-strong television audience in Kharkiv risks being left without the right of choice between pro-regime TV companies and those not under the control of the government. We are seeing unprecedented pressure and an attempt to destroy inconvenient media outlets which have dared to show critical reports on the activities of Kharkiv Mayor Gennady Kernes and the Governor Mykhailo Dobkin, providing comprehensive coverage of events in the city.”