Protests, delegation, letter to the President , yet ATN remains off air

A delegation arrived on Tuesday in Kharkiv to find out why TV ATN and two other channels which until two weeks ago broadcast ATN news – Fora and A.TVR   - have been taken off air.  Among those who have come to find out what is going on are people from the Media Law Institute, the civic movement Stop Censorship, Reporters without Borders, as well as representatives of OSCE and the EU.

They first met with the ATN team, then later had a meeting with the Mayor of Kharkiv Gennady Kernes, whom the channels accuse of being behind their removal from air. Kernes asked for the meeting to be behind closed doors.  The delegation’s coordinator apologized to the journalists and explained that Kernes would only agree to a meeting if it was not filmed and without journalists.

The President of UEFA, Michel Platini, who is visiting Ukraine to view preparations for Euro 2012 was told by Kharkiv journalists of their situation and promised to pass their letter on to President Yanukovych during their meeting scheduled for Tuesday.

During the day on Tuesday the Kharkiv City Council was picketed by members of civic organizations, human rights workers, and simply TV viewers, who came to demand that their television channels be reinstated.

Until it is, ATN news will be broadcast in an alternative manner, with a moveable screen erected during the evening on Freedom Square in the centre of Kharkiv.  The screen is indeed moveable and viewers in different parts of Kharkiv will get a chance to view their preferred channel, albeit in this form. 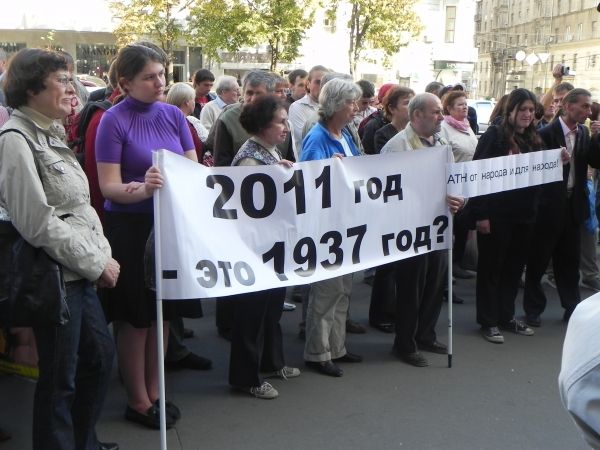