Vasyl Onopenko removed from the High Council of JusticeFate of the Supreme Court still up in the airAttempt to oust Head of Supreme Court failsHead of Supreme Court complains of pressureSearch of Head of Supreme Court’s homeSearch carried out of leading law firm MagistersCriminal investigation initiated against daughter of Supreme Court HeadFormer minister Korniychuk appeals against arrest to StrasbourgKorniychuk’s appeal against remand in custody rejectedUkrainian former Economy Minister granted asylum in the Czech RepublicThe Korniychuk Case – evidence of the start of repression in Ukraine?On the detention in custody of lawyer Yevhen KorniychukLutsenko to remain behind barsThe Economist: Concern over developments in Belarus and UkrainePolitical repressionTax Code Protesters’ Maidan dispelled the hypnotic fear of the regimeSelective Justice spells the End of LawCriminal Charges against Human Rights Activist Dmytro GroysmanCall upon Ukraine to stop harassment and repressions of human rights defenders, journalists and academicsAmnesty International: Stop harassment of Ukraine human rights defenders
• Topics / The right to a fair trial 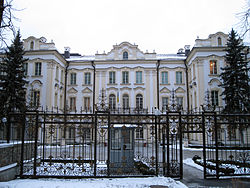 On 20 October 2011 the Verkhovna Rada adopted a Law “On amendments to some legislative acts regarding review of cases by the Supreme Court of Ukraine”. The Law increases the number of Supreme Court judges to 48. Four court chambers are reinstated, each headed by a Deputy Chief Judge (there will now be five deputies instead of one). The law needed to be adopted, it was claimed, in order to take the opinion of the Venice Commission into account, with that body having previously criticized the Law on the Judicial System and Status of Judges for radically reducing the role of the Supreme Court in the judicial system.

However analysis of the Law demonstrates that it has nothing to do with implementing the conclusions of the Venice Commission. For example, the grounds for review of cases remain the same (non-equal application of norms of substantive law by cassation-level courts, a judgement from an international court body finding that Ukraine is in breach of its international obligations; when examining a case in the court). What is more, the second role listed can be undertaken by the relevant high specialized court if Ukraine’s violation of its international obligations is the result of breached procedural norms.

This norm will make it possible for two members of the High Qualification Commission of Judges – I. Samson (Head of the Commission) and M. Pinchuk (Deputy Head), who were delegated to it from the Supreme Court – to take part in a Plenum session of the Supreme Court Their participation will be able to influence the spread of votes and even candidacy when the Plenum elects the Chief Judge of the Supreme Court in favour of those supported by the President.

If the political regime cannot, via this norm, manage to get a candidate for the post of Chief Judge of the Supreme Court who is loyal to them, it will at least reduce the influence of the Chief Judge, diffusing his influence through the large number of deputies.

This law is thus the latest attempt by those wielding political power to establish total control over the Supreme Court. They are once again using legislative instruments for their own narrow political interests.

Centre for Political and Legal Reform