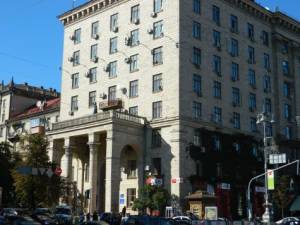 The National Council for Television and Radio Broadcasting [the Broadcasting Council] considers that draft Law № 7132 On Amendments to the Law on Protection of Public Morality would be a step backwards.

“The Broadcasting Council is convinced that the rules and sanctions in the draft law which, incidentally, has no equivalent in any European country, go against the practice of law creation in democratic countries and could lead to cases of censorship in the Ukrainian media. This is stressed also by influential international organizations which are concerned over the adoption of this draft law” [in its first reading – translator].

The Broadcasting Council also warns against the creation of a body which will be given the right to take measures without a court order and within 24 hours to restrict free access to electronic information resources.

The Broadcasting Council believes that giving the newly-created specialized body additional powers which duplicate or exceed the authority of law enforcement bodies and the National Council for Television and Radio Broadcasting would not only run counter to the main principles of the administrative reforms announced by Ukraine’s President, but also seem illogical.

As reported, draft Law № 7132  on Amendments to the Law on the Protection of Public Morality was adopted in its first reading on 18 October.  It had been clear for some months that the dissolution of the National Expert Commission on Public Morality announced by the President in December 2010 was not to happen, however the new draft law includes all the elements already criticized here on many occasions, and more.

Last week statements of concern were issued by Stop Censorship (see the translation here), Reporters without Borders and the International Federation of Journalists