Human Rights Defenders kept away from the trial of Ales Bialiatski 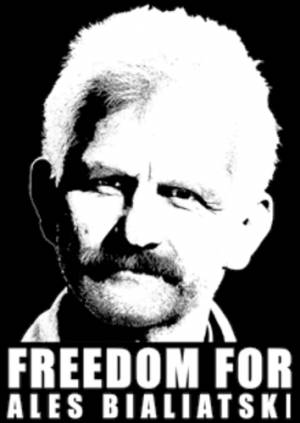 Belarusian embassies have been refusing to give visas to members of human rights and international organizations planning to attend the trial of Ales Bialiatski, Director of the Viasna Human Rights Centre and Vice-President of the International Federation for Human Rights (FIDH).

Those prevented from being at the first day of the trial included the Deputy Director of Front Line Defenders and FIDH President, Souhayr Belhassen, and Honorary President, Patrick Baudouin

Ales Bialiatsky has been brought up on what are widely regarded as trumped up charges of tax evasion and faces up to seven years in prison. He is the chairman of Human Rights Centre ’Viasna’ (HRC ’Viasna’), one of biggest human rights groups in Belarus that works to defend and promote political, cultural and social rights. He is also the Vice-President of the International Federation for Human Rights (FIDH). Bialiatski was arrested on 4 August 2011 and charged with tax evasion. Belarus has not allowed Viasna to register since 2003, and has taken increasingly draconian steps to prevent freedom of assembly and association.

Front Line Defenders calls on the international community to push for Bialiatski’s immediate release and for the charges to be dropped, as well as for international media outlets to report on this story from what is commonly called “Europe’s last dictatorship.”

Andrew Anderson, upon learning of the denial of entry visa, issued a video statement from Dublin, and said: “It’s a sign of the desperation of the Belarus government that they continue to try to persecute anybody who speaks out in defense of human rights in Belarus.”

Front Line Defenders will do all it can to monitor the trial, despite the Belarusian authorities efforts to keep a curtain over what transpires in this trial.

Paris-Geneva, Paris, November 2, 2011 - The Observatory for the Protection of Human Rights Defenders, a joint programme of the FIDH and the World Organisation Against Torture (OMCT) strongly condemn the refusal by the authorities of Belarus to grant FIDH President, Souhayr Belhassen, and Honorary President, Patrick Baudouin, visas to observe the trial of FIDH Vice-President, Ales Bialiatski, who is held in pre-trial detention since August 4, 2011 on charges of “serious tax evasion”.

As soon as Ales Bialiatski’s trial was scheduled for November 2 before Minsk Maskouski District Court, under the presidency of Judge Siarhei Bandarenka of Pershamaiski District Court, FIDH appointed a delegation composed of FIDH President, Souhayr Belhassen, Chief Executive Officer, Antoine Bernard, Honorary President, Patrick Baudouin and 2003 Nobel Peace Prize winner, Shirin Ebadi to attend the hearing in solidarity with its Vice-President and wrote to the Consulate of Belarus in Paris to apply for visas for its delegation. Thereafter, the Consulate of Belarus requested FIDH to fill in and append several documents, including an official invitation from a registered Belarus organisation, a letter from the French Ministry for Foreign Affairs to support the visa request in case the invitation was a copy, a recommendation letter from the Belarus Ministry of Foreign Affairs, and a recommendation letter from the Presiding Judge Siarhei Bandarenka himself. Such documents do not appear in the official list of documents to be provided for visa applications on the Belarus Consulate website.

On October 31, 2011, two urgent visa applications, instead of the four, on behalf of FIDH President and Honorary President were submitted together with the full list of officially requested documentation. The Consulate of Belarus then informed FIDH representatives that it would be difficult to grant the requested visas as they already had more than 200 visa applications to process for November 1, 2011, from two teams of French sportsmen and a group of journalists. However, according to the official stamp put in the FIDH representatives’ passports, the authorities of Belarus rejected the applications on October 31, without providing any reason.

The Observatory takes note of this refusal by Belarus authorities to grant visas to FIDH President and Honorary President and considers it as another example of their constant violation of human rights defenders’ rights as well as a blatant demonstration that they fear that an independent observation of the trial of Ales Bialiatski would lead to the report of violations of the due process of law.

The Observatory urges the authorities to comply with Belarus’ commitments under Article 1 of the United Nations Declaration on Human Rights Defenders, which states that “everyone has the right, individually and in association with others, to promote and to strive for the protection and realization of human rights and fundamental freedoms at the national and international levels”. The Observatory calls upon the Belarusian State to release Ales Bialiatski immediately and drop all charges against him, as his detention and judicial harassment seem to merely aim at sanctioning his human rights activities.

For more information on this cases, please see: http://freeales.fidh.net/