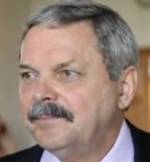 Every week we feel the lack of some element of freedom in Ukraine. The situation conjures up in my mind the image of a pet dog tied to his kennel.  His owner constantly shortens his lead, and it can still turn out that the dog has had all freedom taken away. Ukrainian political technology of the present day does not envisage a one-off imposition of dictatorship, but steadily accustoms the population to loss of their freedom.

This view was expressed by the Vice Rector of the Ukrainian Catholic University, Myroslav Marynovych during the morning programme on TVi.

He believes that Ukrainians should not expect altruism from Europe or that somebody will look after them. “However Europe has now realized that it cannot make clear demands of Ukraine since there are not really bilateral relations, but trilateral – Ukraine, Russia and Ukraine. By imposing various conditions, Europe effectively hands Ukraine to Russia”.

Myroslav Marynovych believes that Ukrainian intellectuals as a rule adopt western models, however these do not work in the context of Ukraine. “The pro-Russian direction uses techniques to manipulate the Ukrainian population and stop it from noticing that it is already on a different ship. And the authorities deliberately do not react to the demands from the street”.

He adds that the Ukrainian authorities are petrified of those accustomed to living in conditions of freedom since such people react to the lack of free thinking. He says that the Ukrainian Catholic University could not have emerged were it not for Father Boris Gudziak, Father Mykailo Dymyd – Ukrainians who came from the diaspora and introduced a totally new quality of teaching. “They have a different mentality and as a result we are successful”.

Asked by journalists whether Ukraine is not risking that in today’s conditions it will lose a critical mass of its own potential, , Myroslav Marynovych answered: “We have already lost a lot, I see that in Lviv. In the past its spiritual and intellectual potential was enormous.  Today we feel that Lviv is just gliding along.”