Human Rights in Ukraine – 2011: More and more violationsReport on Persecution of Human Rights Defenders: Another gloomy First for UkrainePolitical repression is backReport on Political Persecution in Ukraine in 2011 -Danish Helsinki Committee issues damning legal assessment of the Tymoshenko caseUkraine parliament rejects Tymoshenko releaseChanges in judge corps in the court where Tymoshenko appeal to be heardJose Manuel Pintu Teisheira: Yanukovych understands what needs to be doneGerman Minister: Release of political prisoners in Ukraine would be a signal to the EUTymoshenko presented with new charges in SIZO cellThe number of criminal investigations against Tymoshenko is growingPACE Co-Rapporteurs: Serious measures cannot be excludedPACE Co-Rapporteurs not allowed to visit Yulia TymoshenkoBritish Foreign Minister: The fate of the EU-Ukraine Association Agreement is up to KyivLutsenko Trial: Witnesses questioned after the InvestigationYet another witness confirms Lutsenko’s predecessors could also be prosecutedHard-hitting Resolution on Ukraine also likely from US CongressUkraine’s Apathy TestPolitical Motives behind Failure to treat Yury Lutsenko?European Parliament Resolution: Tymoshenko trial could jeopardise EU-Ukraine association agreement
• Topics / Politics and human rights
• Topics / The right to a fair trial
• Topics / Human rights protection 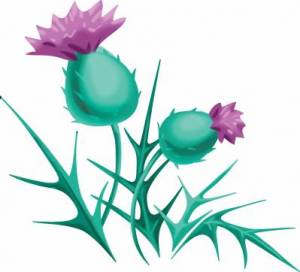 The Ukrainian Helsinki Human Rights Union has for the sixth year running marked Human Rights Day (10 December) by identifying the worst violators of human rights during the year and awarding them its Thistle of the Year Anti-Prize.

This year’s “Gold Thistle” has been awarded to Viktor Yanukovych, President of Ukraine, for systematic use of his powers to restrict rights and freedoms, and his indifference to wide-scale human rights violations.

After the reinstatement of the 1996 Constitution, the President received considerable executive powers. He immediately stated that he was taking responsibility for actions by the executive branch of power. The Prime Minister Mykola Azarov and Prosecutor General Viktor Pshonka have both stated that they will enforce any order issued by the President.  A previously unheard-of system of verbal - mandatory - instructions form the President has been created.  These verbal instructions, as far as we can observe, have not been aimed at removing rights abuses or safeguarding the exercises of rights and liberties.

The President has initiated and signed laws aimed at restricting the independence of judges and numerous violations of the right to a fair trial. The High Council of Justice which is controlled by the President has turned into a body for punishing judges seen as stepping out of line. Both Ukrainian and foreign commentators note that the law has been disastrous for many important powers and has placed judges under the control of the High Council of Justice. The latter has dismissed judges for breach of oath on dubious grounds and has become the means for appointing judges and dismissing those who issue inconvenient rulings.

From December 2010 to the present day there have been very few actions by the President pertaining to human rights which can be considered positive. On 9 December 2010 a Presidential Decree reinstated the National Commission on Strengthening Democracy and Affirming the Rule of Law.  The position of Children’s Rights Ombudsperson was created (11 August 2011), while in November the long-awaited Decree on creating a Commission on Preventing Torture (prepared back in March) was issued.  The President has vetoed a few laws infringing human rights, for example, the Law on Biometric Passports. However there are far more cases where the President ignored numerous appeals regarding flagrant rights violations and signed laws which violate human rights or, even worse, himself initiated them, paying no heed to widespread and systematic rights abuses. Through his failure to act, the President has effectively fostered the serious deterioration in the human rights situation in Ukraine observed in 2011.

The laws which he signed, ignoring numerous appeals for him to use his power of veto, included discriminatory pension reform resulting in reductions in pensions; the Law on Amendments to Some Legislative Acts regarding Examination of Cases by the Supreme Court which makes it possible for judges to decide which rulings are to be placed in the Register of Court Rulings, and which not made public; as well as establishing control over the Supreme Court; the Law on the Legal Status of Foreigners and Stateless Persons and others. With his Decree of 30 May 2011 he passed a Concept Framework on Migration Policy which envisages the implementation of a number of measures a priori violating the rights of migrants, with a pronounced law enforcement structure component.

Given that the President effectively controls the law enforcement bodies and Prosecutor’s Office, as well as having decisive influence on judges via the High Council of Justice and his other powers, we should mention the initiating of dubious criminal prosecutions of opposition politicians, where the hearings have taken place with numerous violations of the right to a fair trail, as well as many criminal investigations against civic activists. This has had an extremely negative impact on Ukraine’s image in the world, and led to a huge number of statements from international institutions and European political figures regarding the political motivation of such criminal prosecutions, retreat from democracy and disregard for the rule of rule in Ukraine and has placed in jeopardy the vital EU-Ukraine Association Agreement.

The President has ignored appeals regarding serious human rights abuses both from human rights organizations, and from other institutions and individuals.

Other “laureates” of the Thistle of the Year Award

The National Bank of Ukraine

These are linked with:

1) the adoption of Resolution No. 22 from 31.01.2011 regarding amendments to the Provisions on Financial Monitoring. The appendices to the regulations demand that all bank clients provide considerable amounts of information about their financial situation; place of registration and residence; place of work, the presence and state of any accounts in other banking institutions; their family ties with public officials (despite the fact that Ukrainian legislation provides no definition of this term); the date they opened their first account;  a general description of their financial position; assessment as to whether the operations are in keeping with the clients’ financial position.

A considerable amount of personal data is thus gathered about a person in one place which can, without the client’s consent, be handed to a specially authorized body. Since the gathering of this information is not required by any international documents on fighting corruption or money laundering, there are serious fears that it will be used for political purposes.

2) the adoption of Resolution No. 278 from 1.08.2011 which makes amendments to the rules on foreign currency operations. According to this, the bank is obliged not only to identify a person who buys foreign currency, but must also leave confirmation of the person’s identification in the day’s documents. No law envisages the need to provide ID when carrying out currency transactions. This gives a wide circle of people access to personal data which makes it impossible to ensure effective and proper protection of personal data, and creates the conditions for the formation of illegal databases.

Svitlana Muratova, Judge and Deputy Chairperson of the Kyivsky District Court in Kharkiv

for failure to act where rights have been violated;

for violations of the right to liberty and a fair trial;

for violations regarding the prohibition against torture and ill-treatment.

- On 10 December 2010 Judge Muratova held a court hearing to determine the restraint measures against Yakov Strogan, charged under Articles 15 and 115 of the Criminal Code.

On 9 December Strogan was arrested and was brought to the court the next day in a bad condition, with a red line along his neck and a black eye. He was wheezing and had difficulty moving. Despite this, Judge Muratova took no steps to ascertain how he had received his injuries and who was to blame, nor did she seek medical treatment for him when his condition suddenly worsened during the court hearing. An ambulance was called by somebody else, and the Judge gave the ambulance team only 4 minutes to inspect Mr Strogan, and refused to allow his hospitalization. Nor did she respond to Strogan’s verbal statement that he had been beaten by police officers, one of whom was in the courtroom.

Judge Muratova was thus guilty of a flagrant violation of the right of a victim of torture. She also held the hearing on restraint measure behind closed doors.

for flagrant violation of freedom of peaceful assembly

-     The court has without a murmur allowed virtually all applications from the Kyiv City State Administration to ban peaceful gatherings in Kyiv. The bans covered: opposition protests on Independence Day; the opposition protest actions before the Ukraine Palace to mark President Yanukovych’s first 100 days in office; the action planned by the journalist movement Stop Censorship near the President’s residence at Mezhyhirya; the ban imposed at 1 a.m. on the protest outside the Pechersky District Court  in August; the student protests by the counter-forum “Another side of education” in September; the  actions linked with the 69th anniversary of the creation of the Ukrainian Resistance Army [UPA] on 14 October; any mass events in Kyiv planned for 11-12 October, 7 November, the actions “Ukraine against Yanukovych” at Borodyanka in the Kyiv region in November and many others.

-  It has perceived threats to national security and public order in any planned peaceful gathering which the authorities have challenged.

for pressure on judges and contempt for the justice system

-  Mr Havrylyuk has prepared submissions regarding alleged breach of oath by judges for the High Council of Justice which, according to the Law on the Judicial System and Status of Judges, passed in 2010, has the right to dismiss judges on the grounds of breach of oath. The submissions have concerned rulings which the Prosecutor’s office does not agree with. The Prosecutor is effectively thus fighting those who do not support its prosecution position.

-  On 8 November 2011 Mr Havrylyuk made a statement regarding several judges of the Supreme Court who had changed the sentences of 15 people from life to 15 years imprisonment. He stated that these judges might be dismissed for breach of oath and could be prosecuted. Havrylyuk’s legal assessment as Deputy Prosecutor General of the grounds and legality of Supreme Court rulings made before the legally established checks is a violation of the guarantees of independence of judges’ work, particularly considering that the accusations against judges of the Supreme Court were made by the representative of the Prosecutor General’s Office during the period when election of a new Chair of the Supreme Court is due.

- On 7 June 2011 Mr Havrylyuk made a submission to the High Council of Justice suggesting that three judges from the Kyiv Court of Appeal be dismissed. These judges had passed a ruling freeing a person from custody due to the lack of specific grounds for keeping him in detention any longer. Attempts by the Prosecutor to exert pressure on judges merely because they have not heeded the position of the Prosecutor and have acted in accordance with Ukraine’s Constitution and the European Court of Human Rights are unacceptable.

In 2007 the Constitutional Court issued a Judgement in response to a submission from 46 National Deputies asking whether a number of articles of the Law on the 2007 State Budget were constitutional. The said provisions pertained to citizens’ social guarantees. Stressing that the force of rights cannot be suspended, as opposed to privileges, the Court clearly confirmed the standard prohibiting the narrowing of the present scope of constitutional rights. The government, despite this Judgement continues, year after year to suspend specific categories of socio-economic rights in the Law on the Budget.

2011 was no exception, while the situation was even further exacerbated since the Law on the Budget gave the Cabinet of Ministers the right to themselves establish the procedure for implementing socio-economic rights based on the available financial situation.

Implementation of this Law led to the instruction not to enforce court rulings which have come into force. These actions are unlawful. They are a flagrant violation of the right to a fair trial and indicate total contempt for the justice system.