Kuchma: Criminal investigation resumedPukach Trial: Application to be made for judge’s withdrawalGongadze Lawyer: Pukach trial again postponedImpunity is a silent killer23 November – Ukrainian Journalists take a stand against ImpunityCourt issues arrest warrant for Mykola MelnychenkoGongadze Lawyer: Pukach repeats learned phrases about uprisings and spiesOSCE media freedom representative urges full transparency in Gongadze murder trialNo apparent hurry to try Gongadze murder suspectCourt decisions in Pukach case also hidden from the publicMyroslava Gongadze: “The Public should understand what criminals governed the country”CPJ: Gongadze suspect admits to killing, implicates KuchmaGongadze Lawyer: Pukach acts as though he feels protectedGongadze murder: Material on Kravchenko returned to the Prosecutor GeneralMyroslava Gongadze: They’ve taken away my right to know the motives of Pukach’s crimeCPJ: Gongadze murder suspect’s trial should be open to publicGongadze Case: 150-page indictment behind closed doorsGongadze Lawyer: Where are the “State secrets” in the Pukach trial?Gongadze Lawyer: Pukach Case closed so that Journalists don’t hear to muchOne of the aggrieved parties in the Pukach trial kept out of the hearing
• Topics / The right to life
• Topics / The right to a fair trial

Victim in Kuchma case walks out over judge 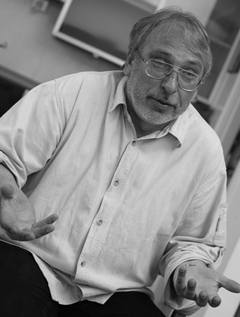 Oleksy Podolsky, victim in the criminal proceedings against former President Kuchma over the murder of Georgy Gongadze, has refused to take part in the court hearings examining the appeal by Kuchma’s lawyers against the decision to initiate a criminal case.  Mr Podolsky explains this as due to numerous infringements of his rights by Judge Halyna Suprun, on 7 and 9 December.

“After she responded to my attempts to restore a legal framework to the court examination, she arrogantly placed guards near me with firearms and a rubber baton It was the same type of baton used by police under the leadership of Police General O. Pukach in 2000, carrying out the order of Kuchma and Yury Kravchenko [former Minister of Internal Affairs – translator] to torture me over many hours. “

He accuses Judge Suprun of demonstratively denigrating him in the court, and says that after all the procedural infringements and “cynical threats with police symbols”, he is left in no doubt that Judge Suprun is examining the case with bias in favour of one party – the accused. This, he asserts, shows that she has in advance taken a decision which will be in Kuchma’s favour.

Mr Podolsky suggests that there may be corruption involved, and says that he does not trust Judge Suprun and will therefore not be taking part in the court hearings under her as presiding judge.

He has instructed his representative, O. Yelyashkevych to be present at the proceedings in order “to continue documenting infringements and abuse of power by Halyna Suprun in order to use this episode among other evidence in the trial over Kuchma’s crimes. He is convinced that the case will be examined by the European Court of Human Rights.

He is also demanding that his statement today is added to the material of the case.

In March this year the Prosecutor General’s Office initiated criminal proceedings against former President Kuchma. He is accused of exceeding power and authority which led to the murder of journalist Georgy Gongadze (Article 165 § 3 of the 1960 version of the Criminal Code).  Kuchma is under a signed undertaking not to leave (although, unlike Tymoshenko he has at least once received permission to travel abroad – translator).

The investigation was supposed to be concluded in April this year, though as reported last week, it appears to have been resumed in November.

On 16 November Kuchma’s lawyers lodged an application with the court to have the decision to initiate criminal proceedings against their client revoked.

Oleksy Podolsky has twice left the courtroom as he considers that the court has violated his right to defence.