The Suppression of an Independent Judiciary in Ukraine 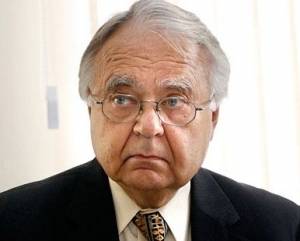 For over a year, news about the judiciary in Ukraine has been alarming. Last year, a new law on the judiciary substantially reduced the powers of the Supreme Court, and high-profile prosecutions of opposition leaders have raised the specter of political persecution. As recently pointed out in the appeal of Deputy Hryhoriy Omelchenko, the government of Ukraine has a fundamental, unresolved issue. Although the Constitution sets up a system of separated powers with three, independent branches of government, the recent trend in Ukraine has been to collapse the judiciary into the executive and to remove the judiciary’s power. Although this trend started with the former President, it has accelerated under the current President. Ukraine now faces an almost total suppression of the Supreme Court of Ukraine and the elimination of an independent judiciary. A hobbled judiciary cannot protect the rights of the Ukrainian people. It is critical for all three branches of government, as well as the people of Ukraine, to closely adhere to the Constitution. A brief background on the history of constitutional and legislative developments related to judiciary, as well as some notes on the values enshrined in the Constitution, may be helpful in assessing Deputy Omelchenko’s appeal.

The Constitution and other Laws Related to the Judiciary

Ukraine adopted its Constitution on June 28, 1996. Under Article 124, the court system has the exclusive task of administering justice, and judicial proceedings are to be held before the Constitutional Court of Ukraine and the courts of general jurisdiction. Article 125 sets the Supreme Court of Ukraine as the highest judicial body for courts of general jurisdiction. Furthermore, Article 129 sets forth numerous guiding principles for legal proceedings. Under that article, the Constitution specifies, among other things, that all are equal before the law, that trials must be open, and that all are entitled to the adversarial process.

The Constitution in Chapter XV provided for a five-year transitional period to establish the judiciary system outlined in the Constitution. Under these provisions, the Supreme Court of Ukraine was to begin to exercise its authority in accordance with the current laws in force, while a system of courts was set up that would meet the requirements of Article 125. This period was to last no longer than five years. Many of the provisions of the Constitution, however, were not put into effect by the end of that five-year window. This necessitated the adoption of the small law on the judiciary in 2001.1

The latest large-scale change to the judiciary, the Law of Ukraine On the Judiciary and the Status of Judges, No.2453-VI ("judicial reform"), was adopted by the Rada on July 7, 2010, and signed into law by the President on July 27, 2010. Although comments on the draft of this new law were submitted by the European Commission to Democracy through Law (Venice Commission) and the Rule of Law USAID project, most of these comments were not incorporated into the law that was passed. Unfortunately, Ukraine’s organized legal community of lawyers and jurists has kept silent on this topic.

The law did include a number of positive and progressive provisions that intend to aid judicial independence, including automatic/random case assignment, inclusion of the State Judiciary Administration within the judiciary itself, improvements to court financing, a financial disclosure requirement, provisions for training judges, and a reduction of the number of justices of the Supreme Court.

On the other hand, many provisions of the new law are problematic. For example, under Article 19, the President of Ukraine can create and abolish courts of general jurisdiction, based on a recommendation from the Minister of Justice and following a proposal from the chief judge of the relevant high specialized court. The Constitution does not, however, give the President the power to liquidate courts, and allowing the executive to do so would place too much power in one person’s hands.

Another key area of concern is the decreasing role of the Supreme Court of Ukraine under the new law. Under the Constitution, the Supreme Court is the highest judicial body within the courts of general jurisdiction. Pursuant to the new Law, however, the high specialized courts can decide whether to submit the case for further review to the Supreme Court. The Supreme Court’s power essentially vanishes under this new law, since it cannot exercise its own discretion over the cases it hears.

As outlined in the new law, the selection process for judges is also too political, since it involves the High Council of Justice. This involvement politicizes the selection process, since a majority of the Council’s members belong to or are appointed by the executive or legislature. Ukrainians must be able to trust that their judiciary serves the law, rather than a political party, and requiring judges to receive the recommendation of a political body hinders this trust. The new law also requires that judges take an oath of office at a ceremony in the presence of the President. This could pose problems if the President refuses to attend such a ceremony, which could prevent a judge from being sworn into office. A similar problem occurred in Ukraine when the Parliament would not convene to swear in Constitutional Court judges, which caused that court to lack a quorum for a ten-month period. These types of political maneuvers, which are not provided for in the Constitution, should be removed from the process of appointing judges.

International observers have been concerned about the politicization of the High Council of Justice. The report of the Co-Rapporteurs on Ukraine to the Parliamentary Assembly of the Council of Europe ("PACE") expressed worries about this politicization, since the majority of the members belong to or are appointed by the executive or legislature. Many have questioned the Council’s neutrality and capacity, following the President’s appointment to the Council of the Head of the Security Service of Ukraine, since he is a close ally of the President with no legal background. Although that official has now resigned from the Council, appointment of political allies harms the selection of qualified, non-partisan candidates for judicial office, and lends the appearance of impropriety to judicial selection.

Prominent Values in the Constitution

The Constitution enshrines a few key values in its text. Chief among the values is Article 8’s emphasis on the rule of law, which is supposed to be "recognised and effective" in Ukraine. 1The rule of law is the lynchpin of the promotion of democracy throughout the world, and democracy, in turn, provides a better and more prosperous economic life. The rule of law has at least two important components to it. First, the law must be supreme. All persons, whether private citizens or government officials, must be subject to the law. Second, there must be a concept of justice that emphasizes interpersonal adjudication; law must be based on standards and universally applicable procedures.

A political system based on the separation of powers with appropriate checks and balances is vital to the preservation of democracy. The aim of a judiciary and, more broadly, of a government, is to provide stability through the consistent application of the law and adherence to the Constitution. The separation of powers is an especially effective way to do this, since it sets up a system of balances under which the different branches watch each other and keep each other in check. In order for separation to be effective, the different branches of government must be co-equal, with each wielding sufficient power; no one branch can so dominate the government as to render separation irrelevant. Separation of powers bolsters this confidence by using the judiciary to check any undue pressure that might be exerted by the executive or legislative branches.

Judges must also internalize the importance of equality. 1In the United States, becoming a judge represents a noticeable achievement and responsibility. Being a judge means holding one of the most respected positions in American society. Judges must be honest-brokers; they must be independent from and neutral among the parties that appear before them. Judges must decide matters before them impartially, on the basis of the facts and the law, without any restrictions, improper influences, inducements, or threats, direct or indirect, from any party or institution for any reason. A judge’s moral commitment to this form of independence eliminates favoritism and corruption from the nation’s judicial system. If judges fail in this duty the public will lose confidence in the basic equity of its society, generating cynicism, anger and instability.

The Current Judicial Climate in Ukraine

Deputy Omelchenko has come to the conclusion that the President is conducting a "consistent and systematic annihilation" and "purposeful and systematic destruction" of the Supreme Court of Ukraine. The pogrom is being carried out by transferring the power of the Supreme Court to other specialized courts, by harassing judges and their families with baseless criminal charges, and by setting up the High Council of Justice as an overwhelming force of disciplinary proceedings that can be used to pressure judges into compliance with the President.

Not only were the Supreme Court’s functions substantially decreased, but it is "subject to incredible pressure" and "interference with its activities." Politicization and broadening of powers of the High Council of Justice, a body that brings recommendations for appointments and discharges of judges, is an issue of major concern. Recent high-profile discharges for oath-breaking and other initiatives to dismiss judges, reduction of the number of judges, worsening of working conditions (including accommodation of high specialized court in the buildings of the Supreme Court), and bringing criminal charges against judges’ family members can only work to subdue and suppress the Supreme Court of Ukraine. The aim is clearly the promotion of the political power of the President and his team at the expense of the judiciary and, indirectly, the people of Ukraine.

Although many justices on the Supreme Court apparently have stood up to the President as of late, it appears from Deputy Omelchenko’s report that lower courts have come under the sway of the Presidency. In September 2011, a lower court prohibited the plenum of the Supreme Court from organizing specifically in order to interfere with the election of the Chief Justice and to hamstring the proper functioning of that court. This type of action hurts all Ukrainians, since they no longer can feel confident of an independent judiciary.

When Ukraine’s Constitution was first adopted in 1996, many, including the Venice Commission, commended Ukraine for enacting a document that guaranteed human rights. Now, however, Ukraine finds itself in the unenviable position of having its actions questioned and condemned by those same observers. Currently, attempts to sign an association agreement with the European Union hinge on the release of former Prime Minister Yulia Tymoshenko, and the international community has grown gravely concerned with trials of political figures in Ukraine. A strong, independent judiciary can assure both international observers and Ukrainians that people are tried for violations of the law, not for political disagreement.

Hopefully, the commission to rewrite the Constitution, headed by former President Kravchuk, will keep these comments in mind as it carries out its work.

Bohdan A. Futey is a Judge on the United States Court of Federal Claims in Washington, DC, appointed by President Reagan in May 1987. Judge Futey has been active in various Rule of Law and Democratization Programs in Ukraine since 1991. He has participated in judicial exchange programs, seminars, and workshops and has been a consultant to the working group on Ukraine’s Constitution and Ukrainian Parliament. He also served as an official observer during the Parliamentary elections in 1994, 1998, 2002, and 2006, and Presidential elections in 1994, 1999, 2004, and 2010, and conducted briefings on Ukraine’s election Law and guidelines for international observers.