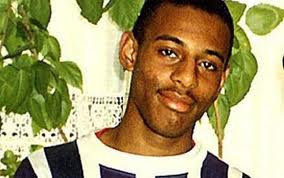 Prosecutions over the deaths of two young men caught public attention during the first week of 2012. Neither Stephen Lawrence nor Ihor Indylo lived to celebrate their twentieth birthday. Stephen was knifed to death on a London street back in 1993, Ihor died in a Kyiv police station.

Both were initially let down by the authorities.  Now, however, only Ihor Indylo’s memory continues to be betrayed.

On 4 January 2012 a British court convicted two men of murdering 18-year-old black British schoolboy, Stephen Lawrence.  The two had been members of a racist youth gang and together with three others attacked Stephen at a bus stop. There was strong evidence against the youths, yet a whole range of police errors led most people to believe that the murderers had evaded punishment.

Thus far, aside from the racist motive which nobody was denying, there is little that could surprise Ukrainian readers.

New, more sophisticated DNA tests helped to arrest and, last week, convict, two of the original suspects. So too did public shame at the injustice done. And awareness that impunity breeds still greater impunity and endangers us all.

The case of Ihor Indylo, a young student who died during the early hours of 18 May 2010 in the Shevchenkivsky District Police Station in Kyiv, is also usually considered high-profile. The police were stopped from concealing the death of a perfectly healthy young man in police custody by journalists from TV 1 + 1. Faced with widespread public anger, the Prosecutor’s office initiated a criminal investigation. Soon President Yanukovych ordered the Prosecutor General to take the case under his personal control and “get to the bottom of the [young man’s] death”. Not just any old how, but “in the shortest timescale possible”. In front of TV cameras he met with Ihor’s mother and promised an “objective investigation”.

Away from the cameras, the police continued to push their story about how Ihor had supposedly fallen from a bench in the cell, hit his head, this causing his death. They tried to cite childhood injuries to explain Ihor’s death. The Ukrainian Helsinki Human Rights Union also reported efforts to put pressure on witnesses. Judging from the testimony in court of the friend who arrived at the police station with Ihor, in at least one case the pressure was highly effective. The young man was clearly too frightened to disagree at all with the official police line (which is placed in question by video footage).

So what did the Prosecutor General’s “personal control” consist of? There were some stern words as well as a reprimand to subordinates for allowing the posting on the Internet of video footage from Ihor’s last hours. .And there was the action of the Prosecutor’s Office in getting a spring 2011 court ruling which had ordered further investigation into the cause of Ihor’s death overturned.

Ihor’s death was thus not part of the case, with Serhiy Prykhodko and Serhiy Kovalenko charged only with “exceeding authority” and “professional negligence”. Prykhodko was tried over the unlawful nature of Ihor’s detention while Kovalenko was accused of not having checked the grounds for the detention.  Kovalenko was amnestied on 23 December, while on 5 January Prykhodko received a 5 year conditional sentence.

The public are confronted yet again with empty promises from those in power and the futility of widespread public outrage.

In England on 4 January the Metropolitan Police suggested that the other suspects should not rest easy in their beds. One can now believe them.

What then in Ukraine where those guilty of torture and murder remain in their posts and where trials turn into a bitter mockery of the victim?

We are left with shame before Ihor Indylo and his parents.

Shame and fear, since each case of impunity for police who kill and torture can result in new outrages.