Freedom House: Ukraine dips badly in democratic rating for a second yearFrench human rights ambassador prevented from seeing TymoshenkoPolitical persecution is no election tacticSBU investigators control visits to Tymoshenko in penal colonyYulia Tymoshenko under 24-hour surveillanceNico Lange on lack of reforms, trust and on a baffling readiness to risk relations with the EUZero Tolerance for Political Persecution in UkraineQuestions for the President on the first anniversary of Yury Lutsenko’s arrestLutsenko trial: Witness sees nothing wrong in celebrating Police DayAnother prosecution witness testifies in Yury Lutsenko’s favourLutsenko: Visits not allowed, so birthday greetings on bannersLutsenko trial: Court allows witness testimony to be read in his absenceYet more witnesses testify in Yury Lutsenko’s favourFormer German Ambassador: Ukrainians must not be held hostage by one leaderDanish Helsinki Committee issues damning legal assessment of the Tymoshenko caseUkraine parliament rejects Tymoshenko releaseChanges in judge corps in the court where Tymoshenko appeal to be heardJose Manuel Pintu Teisheira: Yanukovych understands what needs to be doneGerman Minister: Release of political prisoners in Ukraine would be a signal to the EUTymoshenko presented with new charges in SIZO cell
• Activity / Political persecution in modern Ukraine
• Topics / Politics and human rights
• Topics / The right to a fair trial 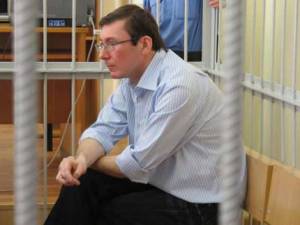 “I ask myself how, if the court system sees fit to treat Lutsenko, Tymoshenko, Ivashchenko and people of such a level so severely and brutally, what is it like for those who can’t attract the media and public’s attention, who don’t have the money for proper defence in court?”

Francois Zimeray stressed that remand in custody was appropriate only in exceptional circumstances.

As reported, on Wednesday the French Human Rights Ambassador was refused permission to meet with former Prime Minister Yulia Tymoshenko, who is being held in the Kachanivska Penal Colony in Kharkiv. He was told that this was because questioning was planned for that day in another criminal cases brought against her. The questioning was to be without her defence council present.