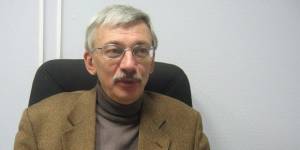 The closure of the criminal proceedings against the head of a well-known Russian human rights organization is a victory for human rights, Amnesty International has said.

Oleg Orlov, head of the Russian human rights center Memorial, was charged with criminal slander on July 6, 2010, after he publicly denounced Chechen President Ramzan Kadyrov as bearing political responsibility for the murder of Memorial member Natalia Estemirova a year earlier.

The ruling on 20 January by Moscow’s Khamovniki District Court to close the case came about thanks to a welcome change in Russian legislation last month which no longer treats slander as a criminal offence.

At the time Orlov was charged, slander was punishable by up to three years in prison. Amnesty International repeatedly called on the Russian authorities to drop the charges against him and insisted that he should not be criminally prosecuted for publicly expressing his opinion.

When his friend and colleague Natalia Estemirova was abducted and murdered in Chechnya in July 2009, Orlov publicly blamed Chechnya’s Kremlin-appointed leader, Ramzan Kadyrov, for fostering an extremely hostile environment for human rights defenders in the Republic.

Testimonies by defense witnesses in court indicated that Kadyrov regarded Estemirova as his personal enemy, and publicly threatened her on several occasions before her death.

"We do not know whether he ordered her killing personally or this was done by his closest aides in order to please their superiors, " Orlov said at the time.  His statement was published on Memorial’s website, and was widely cited in the Russian and foreign media.

Ramzan Kadyrov responded by filing a civil libel suit against Memorial and its head, which he won, and also initiated a criminal case against Orlov.

During the court hearings, Oleg Orlov and his colleagues presented a number of public statements made by Ramzan Kadyrov and his aides containing threats against human rights defenders and other critics of the Chechen leadership.

Before and after the killing of Natalia Estemirova, Amnesty International has repeatedly expressed concern over the human rights situation in Chechnya, including the safety of human rights defenders, who continue to face intimidation and harassment more than two years after Natalia Estemirova’s unresolved killing.

"The Chechen and federal authorities must ensure that justice is done in Natalia’s case and that human rights defenders in the region can operate freely and without fear. This must be Natalia’s lasting legacy, " said Dalhuisen.

Amnesty International is a Nobel Peace Prize-winning grassroots activist organization with more than 3 million supporters, activists and volunteers in more than 150 countries campaigning for human rights worldwide. The organization investigates and exposes abuses, educates and mobilizes the public and works to protect people wherever justice, freedom and dignity are denied.