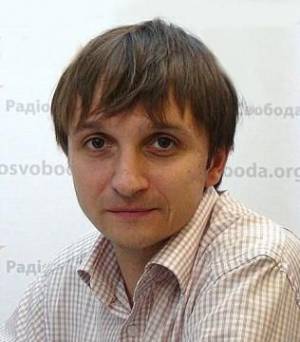 As reported, the Ukrainian Helsinki Human Rights Union on 25 January elected a new Head of the Board – Yevhen Zakharov, Co-Chair of the Kharkiv Human Rights Group, who takes over from Arkady Bushchenko who has now become Executive Director.

He replaces Volodymyr Yavorsky who is leaving due to family circumstances. News of Volodymyr’s departure has not been widely reported.  Volodymyr has never been one to seek public attention, and quiet modesty is the first thing that strikes one when meeting him.

Yet only a few minutes talking with him make it clear how much he has to contribute, not only to any conversation, but to the field of human rights protection.  His input over the last years has been vital for the development of the Ukrainian Helsinki Human Rights Union.  Since its foundation on 1 April 2004, the Union has become a powerful and well-known organization listened to both within Ukraine and in the international community. The Union at the present time includes 30 organizations and is both a galvanizing and a uniting force within the human rights movement.

UHHRU has considerably improved channels of communication between human rights organizations.  It also plays an important role in informing people within the country and abroad of the human rights situation in Ukraine, including through the annual reports Human Rights in Ukraine, and shadow reports to international institutions (to supplement the official reports from the government).

UHHRU has significantly broadened the amount of assistance available to members of the public, including many from vulnerable groups.  Its qualified legal assistance has helped people throughout the country.

In 2008 the Union initiated one of the largest human rights education programmes in Ukraine “We understand human rights”.

Other annual events which help to raise awareness of human rights issues are the International Documentary Film Festival Docudays.UA and the Thistle of the Year Anti-Prize “awarded” on Human Rights Day (10 December) each year to the worst human rights violators among public officials, including the President and members of the government, judges etc, during that year.

Volodymyr has also been very active in promoting the creation of a Human Rights House in Ukraine.

In short, Volodymyr Yavorsky has contributed enormously to the development and work of the Ukrainian Helsinki Human Rights Union and hope that he will continue to do so in his capacity as member of the Board.

He will be greatly missed by all who know him.

On behalf of the UHHRU Board and all member organizations, and all his colleagues and friends, we wish him happiness and fulfilment in his future life.