Yet more miners die in Ukraine’s minesUkraine’s Mines remain deadlyMiner who complained of inhuman conditions after mine disaster “transferred”Ukraine’s Miners: Put at Risk and ExploitedAnother methane explosion at a Luhansk region mineNo End to the Deaths in Ukraine’s Mining DisastersUnion blames Mine Owners for Fatal BlastRefined torment of minersReformers of the Mining Industry – Miners’ Opinion not needed?On illegal mines in the Donbass region and where the Police and other authorities are not lookingWere miners left to die after the explosion at the “Zakhidna” Mine?Donbas Miners: Neither decent working conditions, nor a normal burialMore victims of Donbas’ illegal minesOrganizer of illegal mine imprisonedPit No. 8: Illegal Mines in UkraineMain hero of illegal mining film savagely beatenMore victims of police protection of illegal miningMen in occupied Donbas forcibly mobilized to die on the frontline 270 days of full-scale Russia-Ukraine war in the Kharkiv RegionRussian torture was particularly savage in Kherson oblast, with even teenagers imprisoned
• Topics / The right to life
• Topics / Social and economic rights 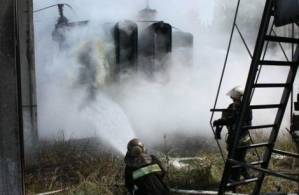 The gold in the title (a song) refers to coal.  The blood requires no explanation though according to Luhansk’s Governor, Volodymyr Prystyuk, there have been no illegal mines in the Luhansk region since November 2010, and presumably no lost lives.

The logic is infinitely cynical: if, as the authorities claim, they have dealt with the scourge of illegal and horrifically dangerous mines, then there are also no miners working illegally.  Such officially non-existent men have no protection and therefore, in the case of accidents, are often simply left to die.  Real men, with families, though they in turn are likely to remain silent since their sons, husbands or fathers were indeed working illegally, trying to earn a living in an area of shocking poverty.  According to Kostyantin Ilchenko from the Solidarity Labour Movement, the fire on 2 February at one of the kopanki [illegal mines] in the village of Pavlovka was unusual only in the fact that it could not be concealed and that fire engines and rescuers turned up.

“The people of Donbas know that such things happen often enough but the authorities, the police and Prosecutor prefer to stay silent, trying to conceal cases of terrible injury or deaths of workers”.  As mentioned, this can entail literally filling in mine shafts or simply abandoning miners underground to die, like at the Zakhidna Mine.

It is no small matter to oppose illegal mining in the Donbas area.  In July 2010 Gennady Fimin from the civic organization Our Choice was beaten with baseball bats, ended up in intensive care, nearly died and needed several operations.  Prior to this he had approached the police, Prosecutor and SBU [Security Service] demanding that the illegal mining be stopped and those responsible for such mines be prosecuted.

The Solidarity Labour Movement is also untiring in its efforts to stop the mining. Last year Governor Prystyuk came up with a new line.  All the illegal mines had been closed, and only those which had “received licences” were now working legally.  Ilchenko is scathing: the illegal mines are destroying the environment and undermining the economy, and any licence must be based on serious permits following safety checks, geological surveys etc.  It is inconceivable that a licence would be issued to mines regularly using illegally obtained explosives.  Just in one Sverdlovsk kopanka in 2011, the police, responding to a report from the NGO Our Choice, removed 150 kilograms of illegal explosives.

The so-called “licences” issued by the Regional Council are thus a meaningless – and highly irresponsible – piece of paper.

Ilchenko says that back in September last year his organization filmed the mine which went up in flames on 2 February – as well as the miners who died.  In September it was all quite different: the territory was guarded and various measures were used to conceal the fact that coal was being extracted.   He asserts that the camouflage appeared after the Governor and Minister of Fuel and Energy, Yury Boiko flew over the area in a helicopter, and suggests that they didn’t like what they saw.

Solidarity claim that two MPs are directly benefiting from the illegal mines, that politicians, including the Governor, are controlling the illegal mine business and asserts that the Prosecutor and head of police are providing protection for those involved and organizing reprisals against those who speak out.

The allegations are extremely serious and should not be made irresponsibly.  That those who make them have faced provable reprisals suggests that they are not made lightly and need to be checked.  The check must not, as so often has been the case, generate only more fairytales about “licences” and claims that mines do not exist when they can be freely viewed on Youtube.  Public attention is needed to force real measures against illegal mines and effective slave labour so that men can provide for their families without facing the ever-present risk of being left to die when shoddy illegal structures cave in. 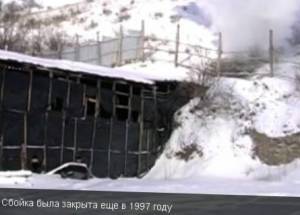