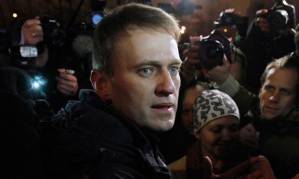 One of the Nashi emails suggests making cartoons of ’the fascist [Alexei] Navalny’, comparing him to Hitler, and showing him making uncontrollable Nazi salutes.

Hacked emails that are believed to show correspondence between Nashi’s first leader, Vasily Yakemenko, its spokesperson Kristina Potupchik and other activists and bloggers, appear to reveal the notorious Kremlin youth group’s goals, priorities, means and concerns.

Many of the emails concern how to boost positive coverage on the internet. One includes payments, noting that 200 pro-Putin online comments left on 60 articles cost 600, 000 roubles (£12, 555). It also details paid-for coverage.

The full article can be found here http://guardian.co.uk/world/2012/feb/07/nashi-emails-insight-kremlin-groups-priorities