Danish Helsinki Committee on the sentence against Yuriy Lutsenko 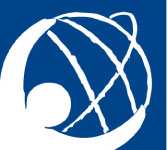 Press Release on the sentence against Yuriy Lutsenko

The sentence in the trial against former Minister of Interior Yuriy Lutsenko is expected Monday 27  February 2012.

The Danish Helsinki Committee for Human Rights has monitored the investigation, detention, prosecution and trial since the beginning of 2011. In August 2011 it launched a Preliminary Report II on the monitoring. Without taking side on the question of guilt or innocence the Report points at a number of problems in general in the Ukrainian Criminal Justice System and in this specific case.

The conclusion is that whatever sentence will be passed in the Lutsenko case it is not the result of a fair trial in a legal system respecting the rule of law and basic human rights principles.

The attention is especially drawn to the facts that

the actions and decisions for which Mr. Lutsenko has been prosecuted in other countries would be considered normal political activities which would potentially draw political but not criminal consequences. Due to the political environment and the rule of law situation there is a strong suspicion that the prosecution is politically inspired and selective.

the indictment against Mr. Lutsenko concerns violations of Article 364 (“abuse of office”) and Article 365 (“excess of authority or official powers”) of the Criminal Code which both are vaguely worded and open to interpretation, having their origin in the old Soviet Penal Code where having an office and the authority of power had a completely different meaning from today.

the three judges are all very young and two are not even appointed permanent judges and must have their permanent appointments confirmed by the Verkhovna Rada, which is a political body dominated by the opponents of Mr. Lutsenko. All of them are under pressure to deliver a judgment which will not be controversial to their future careers. It is remarkable to see so young judges in such a politicized high profile case and most unlikely that they have been selected by the prescribed random procedure, the purpose of which is to prevent biased judges.

in general the Ukrainian Courts acquit only 0.2% of the persons indicted by the Prosecution, strongly indicating that there is a lack of presumption of innocence and that the Judiciary does not function properly as the impartial and independent controller of the Executive.

Mr. Lutsenko has been placed in a cage in the court room, which by the ECtHR in a similar case has been found to be a violation of the ECHR.

The working conditions of Mr. Lutsenko´s defence counsels have violated the principle of equality of arms between Prosecution and Defence as they have not received their own copy and have been forbidden to copy the case files and have been restricted in time and place for the familiarization with the case files.