Lutsenko can lodge another suit against Pshonka in the USA 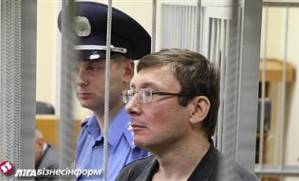 The wording “Dismissed without prejudice” used in the court ruling on Yury Lutsenko’s civil suit envisages the possibility of a repeat submission. This was explained by lawyer Kostyantin Nesterov who works in the New York and Virginia Federal Courts but is not linked with the case,

The U.S. District Court for the District of Columbia on 22 February dismissed the suit lodged by former Internal Affairs Minister Yury Lutsenko against the Prosecutor General and several of his subordinates because Lutsenko’s representatives had not provided the court in the designated time frame with evidence that the suit had been presented to the respondents. This should have been provided by 8 February.

When the evidence was not provided on time, the court warned Lutsenko’s defence that it had the right to dismiss the suit or to take other measures. Lutsenko had until 22 February.  He was also invited to give any reason why the suit should not be dismissed.

The civil suit was filed on 14 December 2011 against Prosecutor General Viktor Pshonka, his first deputy Renat Kuzmin, prosecutor Anton Zinchenko and investigator Serhiy Voychenko.
Yury Lutsenko accused them of trying to eliminate him as one of the leaders of political opposition in Ukraine using unlawful arrest and detention which has been arbitrarily extended since he was first arrested on 26 December 2010.
“This systematic state policy and practice has been effectively carried through politically-motivated investigations, false accusations and charges, as well as through sham court proceedings and show trials of Plaintiff, as well as through prolonged arbitrary detention, cruel inhumane and degrading treatment, and other violations of his fundamental human rights recognized under customary international law, ”

New information from the