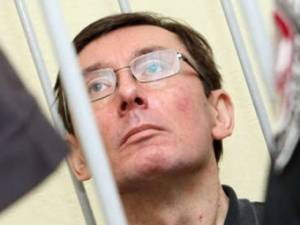 Former Ukrainian Interior Minister Yuriy Lutsenko, who was sentenced today by a Kyiv court to four years in prison for abuse of office and abuse of power, is “the victim of a political vendetta”, according to Marieluise Beck (Germany, ALDE), Rapporteur of the Parliamentary Assembly of the Council of Europe (PACE) on “Threats to the rule of law in Council of Europe member states: asserting the Parliamentary Assembly’s authority”.

“As a reformist Interior Minister who – among other things – dismantled the criminal hit squad within the Ministry responsible for such high-profile crimes as the murder of journalist Giorgyi Gongadze, he angered some persons who are now back in power, ” said Mrs Beck, reacting to the verdict.

“The trial against him was unfair, as shown in detail by the observers of the Danish Helsinki Committee. Furthermore, the ‘crimes’ for which he was convicted could not possibly justify a term of imprisonment even if the prosecution had been able to prove all the allegations against him.”

Mr Lutsenko had been charged with having signed an order whilst on holiday, not having cancelled the traditional “National Militia Day” despite a general instruction from the then Prime Minister to make budgetary savings where possible, and finally with letting the Ministry overpay his personal driver and provide him with an official flat.