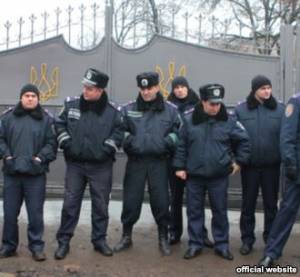 Canadian MP Bob Dechert is coming to Ukraine next week and was planning to visit former Prime Minister and opposition leader Yulia Tymoshenko. Ms Tymoshenko was sentenced to 7 years imprisonment in October 2011, and has been held in the Kachanivska Penal Colony since the end of December.  Her trial and conviction have been widely condemned as politically motivated, and there are concerns at present also that she is not receiving the necessary medical treatment.

The Canadian Embassy in Kyiv was informed on Friday that the planned meeting could not take place.  According to Interfax Ukraine, the Penitentiary Service cited Articles 24, 110 and 138 of the Criminal Code in asserting that there was no reason for such a visit.

Bob Dechert keeps himself abreast of events in Ukraine, and is in close contact with the Ukrainian community in Canada.  It is therefore most unlikely that he would agree that there are no grounds for concern about both the prosecution of the former Prime Minister and her present state of health.