Yevhen Zakharov: Speech in Parliament during the election of OmbudspersonVerkhovna Rada fails to elect a Human Rights OmbudspersonYevhen Zakharov: StatementOpposition supports Zakharov as OmbudspersonCall for a Human Rights Ombudsperson from Civil SocietyCandidate for Ombudsperson holds consultations with human rights organizationsOn Ukraine’s priorities during its presidency of OSCE in 2013Foreign Ministry calls on NGOs to participate in OSCE-linked eventsMariupol, an Example of GenocideKHARKIV HUMAN RIGHTS PROTECTION GROUP. ANNUAL REPORT. 2017Petition regarding the ongoing failure to allow Azerbaijani journalist Fikret Huseynli to leave UkraineA Lustration Law for the Record – and the ElectionsCall for joint Ukrainian-Russian human rights mission for DonbasKHARKIV HUMAN RIGHTS PROTECTION GROUP STRATEGIC DEVELOPMENT PLAN FOR 2012-2015Come to your senses!Daryna Radchenko fined for defending her motherDiverging views over proposed law on Public ProsecutorYoung people in conflict with the law also face torture or ill-treatment14. VULNERABLE GROUPS AS TARGETS OF DISCRIMINATION, RACISM, XENOPHOBIA AND HATE-RELATED CRIMES1. State Policy on Human Rights in Ukraine in 2012
• Topics / Human rights protection 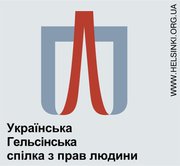 “We are convinced that the post should be filled by a representative of civic society with broad practical experience of defending human rights in Ukraine and an unblemished reputation. Kateryna Levchenko is just such a candidate.

We call on you in electing an Ombudsperson to move away from political competition and to be guided by concern for improving the human rights situation in the country. View this post not as the next trophy in the battle between the majority and opposition but as an effective instrument for defending human rights.

We ask you to support the candidate from civic society, Kateryna Levchenko and for the first time in the entire history of independent Ukraine to surprise Ukrainians and the European community with objectivity and lack of bias”.

The letter is signed by the UHHRU Executive Director, Arkady Bushchenko.