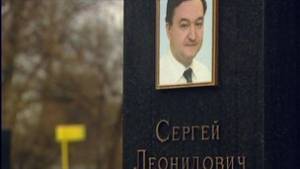 Charges have been dropped against a doctor in the case of lawyer Sergei Magnitsky, who died in a Russian jail amid claims of torture and neglect.

Larisa Litvinova was one of two doctors facing charges. The case was dropped because the statute of limitations had expired, reports said.

Mr Magnitsky, who worked for a Western investment fund, was detained after accusing officials of tax fraud.

He died after "deliberate and inhumane neglect", a report found.

His high-profile death at the age of 37 was taken up by human rights groups as one of the most glaring examples of corruption and prison abuse in modern Russia.

He had suffered from pancreatitis and gallstones and had been found with broken fingers and bruising to his body, the Kremlin’s Human Rights Council said in July 2011. There were, it said, grounds to suspect that he had died as a result of a beating.

Dr Litvinova was the head doctor at Butyrka maximum security prison in Moscow where Mr Magnitsky died in November 2009.

In a statement his investment fund, Hermitage Capital, said he had been directly under her care from 7 October 2009 and she had "refused all medical treatment" to him.

Hermitage Capital said that news of the charges against Dr Litvinova being dropped was conveyed to Sergei Magnitsky’s mother in a legal document from the Russian Investigative Committee’s lead investigator, Marina Lomonosova.

"The crime committed by [Dr Litvinova] is an inadvertent act for which the maximum sentence does not exceed three years. Currently, the crime... is considered by law as a crime of insignificant severity, for which the statute of limitation constitutes two years, " Ms Lomonosova said.

Hermitage Capital said that the decree releasing the jail’s head doctor from criminal liability was "the latest example of the reluctance within the Russian government to hold anyone accountable for Sergei Magnitsky’s death".