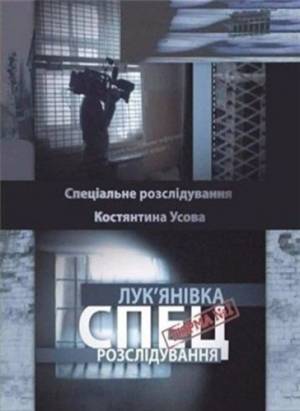 A film on TVi by Kostyantin Usov  that exposed corruption and abuse in Ukraine’s most prominent detention centre – Lukyanivsk SIZO has prompted one criminal investigation.  Typically it is over the fact that renowned accordionist Igor Zavadsky, who is being held in a case arousing concern had a mobile telephone by which he spoke with the journalist.  The Kyiv Prosecutor’s Office has initiated a criminal investigation under Article 367 § 1 of the Criminal Code over alleged professional negligence.  The statement says that since one of the purposes of remand in custody is to prevent the detained person from preventing the truth being established, mobile phones are not allowed.

The case of Zavadsky, a prize-winning accordion-player has given rise to sensational headlines, but also concern.  TVi, for example, has presented a documentary suggesting that the young man may have been set up by a rival. Ihor Zavadsky is suspected of corrupting minors and rape.

As reported, the programme “Lukyanivka. Prison No. 1 shows the SIZO in detail: the walls covered with dangerous mould; food gone off;  the negligent attitude of doctors as the conditions of life in a place where most people are being held without having been convicted of any crime.

Usov shows how the only way of improving your conditions is through illegal means. For 400 UAH a remand prisoner can get a phone brought in; for 300 dollars – a prostitute. For a much larger amount you can get moved to better conditions.

There would seem to be a lot that the authorities should be responding to, and it is worrying that they have focused specifically on one remand prisoner’s mobile phone.