10 subjects the authorities are concealing 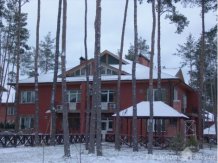 The above is part of the luxury complex for high-ranking officials at Koncha-Zaspa, the photo below of the President's residence at Mezhyhyrya

At a press conference on 8 May to mark the first anniversary of the coming into force of the Law on Access to Public Information, Natalia Sokolenko from TV STB revealed 10 facts about which Ukrainians were still unable to gain information during the last year.

Civic organizations also analyzed how central authorities and local bodies of local self-government   are implementing the Public Information Act.  The view was that a year after the Law came into force, many bodies are still not fully implementing it. Problems identified:

-          open resources of public information have not been created;

-          the official websites of authorities, especially bodies of local self-government  , do not provide full information;

-          they refuse to provide information citing the law on personal data protection.

Subjects most concealed by local bodies of local self-government  :

Speakers pointed to lack of confidence that the Public Information Act could actually change anything.

Taras Shevchenko from the Media Law Institute presented statistics regarding court rulings. He said that you can only win court suits regarding access to information if the information in question does not touch on politically important topics.

“Unfortunately, where it’s a case against the Verkhovna Rada, or concerns the land site at Mezhyhirya (the President’s highly controversial residence – translator), judges close their eyes to norms of the law and use other principles in resolving the case. We can only counter this by turning to the European Court of Human Rights”. 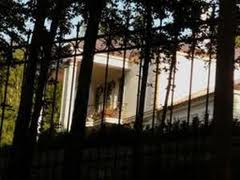