Arrest Warrant on Civic Activist and Likely Parliamentary CandidatePolitician arrested over 4-year old case released on signed undertakingDnipropetrovsk politician Zahid Krasnov arrested over accident 4 years agoRemand in custody extended for ex-Mayor of Kamianets-PodilskyCivic protest continues in Kamianets-Podilsky over Arrest of the MayorKamianets-Podilsky: Historic City defends democratically elected MayorCVU Danger that leading mayoral candidates will be removed from the listsOPORA: Secrecy over arrest of Lviv TEC head unacceptableUkrainians remain unconvinced of power via the ballot boxFour Members of the CEC call on Yanukovych to bring electoral process on democratic courseMost top positions on electoral commissions go to Party of the RegionsCivic Monitors begin working in MykolaivCommittee of Voters criticizes election campaign lack of transparencyCommittee of Voters reports serious problems before the electionsHead of Central Election Commission also sceptical about new law on electionsParadoxes of the New Law on the Local ElectionsElectoral Law Amendments for appearance onlyAmendments made to the law on the coming electionsCVU: New Law on Local Elections – a Crime against the VoterChange to political map not expected from the local elections
• Topics / Elections
• Topics / The right to a fair trial

Prosecutor to intercede over arrest warrant on civic activist 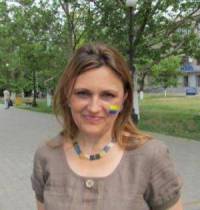 The official website of the Prosecutor General’s Office reports that the Rubizhne Prosecutor has applied to have the restraint measure against human rights activist Rimma Bilotserkivska changed to one not involving remand in custody. A decision is expected on 28 May. It also states that the Rubizhne District Court was found to have jurisdiction by the Luhansk Regional Court of Appeal. The latter is disputed by Ms Bilotserkivska and many civic activists who have made their intention to hold protests outside the Prosecutor General’s building if she is taken into custody.

As reported, on 22 May a court in Rubizhne issued an arrest warrant on 22 May.  The justification given was that the activist had not appeared at two hearings and was therefore “hiding” from the court.

As reported, Rimma Bilotserkivska, the head of a Severodonetsk human rights organization, Pravovy Prostir [Legal Realm] has certainly not been in hiding, and she had already stated clearly her refusal to attend hearings in a court with no jurisdiction over the case.

The criminal proceedings against her were initiated five years ago when she led a group of residents of an apartment block protesting against the destruction of a green area outside their homes. The authorities ignored them, and when the construction workers arrived and showed equally little interest in the residents’ objections. Ms Bilotserkivska saw no alternative but to climb up to stop the digging work.  The charges are of obstructing cranes.

The case has dragged on for five years and at least six Severodonetsk judges have effectively refused to examine it.

All of this is particularly disturbing given the likelihood that Rimma Bilotserkivska will be standing for parliament in the October parliamentary elections.