I never promised you a rose gardenAbout-face by Constitutional Court on social paymentsUHHRU asks Human Rights Ombudsperson to intercede for pensioners and othersChernobyl Disaster: another anniversary, the same old problemsThe Richest in Ukraine get most social concessionsFormer Chornobyl clean-up workers outraged over trick with new lawChornobyl clean-up workers planning large-scale protests in the autumnChornobyl clean-up workers begin indefinite protest in LuhanskKharkiv Chornobyl clean-up workers begin indefinite protestChornobyl Exclusion Zone – No money, no pay“Do You Still Want This War?” Anti-War Activities in Russia, 3-9 July 2022Former HR Ombudsman Lyudmyla Denisova on her dismissal, 4 years of work, Ukrainians in occupied areasRussian schoolchildren told that Russia is bombing and killing Ukrainian children in ‘self-defence’ Bandera. An Invitation to a Calmer ConversationA brief description of the KHPG strategic litigations in July–December 2020The practice of application of Article 111 of the Criminal Code of UkraineCourt in Ukraine revoke’s Yanukovych’s arrest warrant over Maidan killingsOpinion on the political motives of criminal persecution and violation of human rights in the case of Sergiy PashinskyA brief description of the KHPG strategic litigations in January – June 2020Why were Wagner fighters from Russia seized in Belarus and can Ukraine get them extradited?
• Topics / Social and economic rights 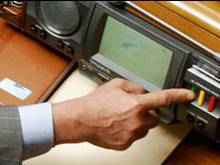 The Verkhovna Rada has passed a law on guarantees of implementation of court rulings which envisages cancellation of benefits for specific categories of the public. The draft law received 259 votes.

The Deputy Speaker Adam Martynyuk from the Communist Party made much of the fact that the law would only come into force from January 2013. He does not appear to have mentioned that this means after the parliamentary elections.

Consideration of this draft law in autumn last year led to protests and confrontations with riot police.  Former Chornobyl clean-up workers and veterans of the Afghanistan War tried to storm the Verkhovna Rada in September and protests continued throughout the country.  It is possibly no accident that the bill was deftly passed on a day when the mass protests against a highly contentious language bill had distracted people’s attention.

In December 2011 Ukraine’s Constitutional Court declared it constitutional for the Cabinet of Ministers to be allowed to determine the size of social payments depending on the financial resources available.

This states that in 2011 the provisions for former Chornobyl clean-up workers, children of the War, pensioners and military servicemen are applied according to the procedure and amounts fixed by the Cabinet of Ministers on the basis of the financial possibilities of the 2011 Budget.