New twist in the Landyk scandal with pressure on critical websiteLandik gets suspended sentence and is releasedLandik Trial: Doctor asserts that MP’s son suffered more than his victimTrial begins of Roman LandikRoman Landik and his victim reach an “agreement”Unlike members of the opposition Roman Landik at liberty to wanderRoman Landik extradited to Ukraine to face chargesRussian “extradition check” regarding LandikProsecutor General seeks Landik’s extradition from RussiaCivic activists demand real liability for Deputy’s son LandikProsecutor’s son accused of causing the death of three pedestrians released on bailTwo former subordinates of Yulia Tymoshenko released pending trialJudge is in a hurry with Tymoshenko trialPolish Ambassador: Prosecuting opposition politicians can lead to bad habitsTime to name names, Ms ClintonWhile Lutsenko criticized the court, his property was being frozenUS State Department: On the Prosecution of Ukrainian Opposition LeadersEuropean Commission Ambassador calls conditions of Tymoshenko trial inhumanBBC: Tymoshenko on trial in Kiev for abuse of powerFormer Minister under Tymoshenko, Valery Ivashchenko goes on hunger strike
• Topics / Politics and human rights
• Topics / Freedom of expression 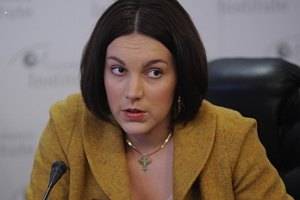 Landik’s son, Roman received a suspended sentence six months ago for a shocking assault on a young woman, video footage of which was posted on the Internet.

Landik Senior has asked the Pechersky District Prosecutor to initiate a criminal investigation over breach of privacy of correspondence with respect to state or public figures (Article 163 of the Criminal Code), this carrying a sentence of between 3 and 7 years.

The application refers to a publication from 18 November 2011 entitled “Landik Senior saves his son through the use of technical people and “correct” commentary on websites”. On 18 November during the parliamentary vote on the parliamentary elections bill, LB.ua photographed Party of the Regions MP Volodymyr Landik texting his son who was at that time in custody (after being extradited from Russia after the scandal broke out – translator).

Sonya Koshkina is convinced that Landik’s application is merely a pretext for getting at LB.ua and at her personally. She says that she has no intention of returning to Ukraine unless she can be assured that neither she nor her friends and colleagues face any danger.  She says that she is preparing an open appeal to President Yanukovych and the Prosecutor General regarding pressure on her Internet site. If she gets no response, she is planning to ask for political asylum (the text says for herself, her partners and friends, but of course such applications are individual).

The Prosecutor says that a check is being carried out, and that no criminal case has been launched, while Landik Seniro claims he is not doing this to put pressure on the publication.