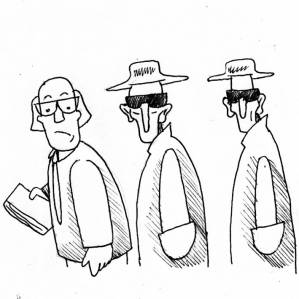 Nongovernmental organizations operating in Russia on grants from abroad could soon be officially branded as "foreign agents."

Under a new bill submitted to the State Duma by deputies from the ruling United Russia party, the requirement would apply to foreign-funded NGOs deemed to be engaged in political activities.

"I’ve prepared a draft law on introducing amendments to the NGO law. We’ll submit it soon, " Aleksandr Sidyakin, one of the bill’s authors, wrote on Twitter. "Prepare your cash, foreign agents! :)"

Organizations that fail to re-register within 90 days after the law comes into force would be shut down for a period of six months. If the bill is signed into law, organizations will additionally have to report to authorities every six months with detailed information about their funding. Those who file incomplete reports face fines of up to 1 million rubles ($30, 240). Violations of the new measures would be punishable by prison terms of up to four years.

The bill has sparked outrage among rights activists, who say nongovernmental groups already provide detailed information about their financing under the existing NGO law. They accuse the Kremlin of seeking to discredit civil groups as it scrambles to contain an unprecedented wave of protests against Vladimir Putin’s 12-year rule.

United Russia deputies, including Sidyakin, are behind another controversial new law that dramatically raises fines on protesters.

"This law has a despicable goal, which is to make it possible to say on television, ’Look, they are admitting themselves that they are agents of foreign governments, ’" says veteran rights activist Lyudmila Alekseyeva, head of the foreign-funded Moscow Helsinki Group. "And part of our population will naively believe that human rights campaigners are enemies who promote the interests of nations hostile to Russia." Alekseyeva says many organizations, including hers, must rely on foreign grants because funding is unavailable in Russia. She says the proposed amendments show the Kremlin has no interest in civil groups that don’t directly promote the president and his government. Alekseyeva added that she would ask Putin to veto the proposal.

Advocates of the new bill stress that the United States has similar legislation that also requires foreign-funded groups to register as "foreign agents." Critics, however, point to the vague wording of the Russian proposal, which they fear could be distorted to justify further crackdowns on civil and rights groups.

The bill would also expand the Justice Ministry’s authority to conduct inspections on NGOs organizations suspected of extremism. "We will have a law that will allow people to discredit any organization that is not United Russia or that displeases the authorities, " says political analyst Mark Urnov. "This is done clumsily. It’s not even clear how much money organizations must receive and in which form."

In recent months, a number of officials have accused some NGOs, particularly groups involved in election monitoring, of acting on behalf of Western governments.
Some observers have also suggested that the new proposal is in retaliation for a U.S. Senate panel’s approval of a bill that would penalize Russian officials for human rights abuses. The Senate Foreign Relations Committee this week passed the Sergei Magnitsky Rule of Law Accountability Act, named after the Russian anticorruption lawyer whose 2009 death in pretrial detention drew international condemnation. Russia has warned of "extremely negative" consequences if U.S. lawmakers approve the Magnitsky bill.