Moscow Helsinki Group will not register as a “foreign agent” 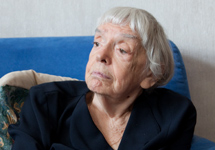 The Head  of the Moscow Helsinki Group, Ludmila Alexeeva has said that the organization will not register as a “foreign agent” if the new bill tabled in parliament is passed. “Let them close us down if they want. That will mean that the whole world will learn that they have closed the Moscow Helsinki Group which has existed for 36 years and outlived the Soviet period”.

Ludmila Alexeeva added that her organization is not an agent of foreign govermments. “We defend our own citizens when their rights are violated. We are not working for foreign states”.

Lev Ponomaryov has also stated that his organization “For Human Rights” will not agree to being “insultingly branded an agent of a foreign State”.

The Head of the Human Rights Council under the President, Mikhail Fedotov has also sharply criticised the draft bill, and says that the present draft would make even the Russian Orthodox Church a “foreign agent”.

A source in the Kremlin stated on Monday that the draft bill could be passed in the next few weeks and come into force in September.

NGOs operating in Russia on grants from abroad and deemed to be engaged in political activities would be obliged to register as "foreign agents."  Such NGOs would have to report to the authorities every six months about their funding.