Cherkasy Regional Administration begins hyping up President’s “social initiatives”Cherkasy police attempt illegal search of opposition headquartersOPORA unimpressed by CCTV innovation at polling stationsAdministrative Resource – a Threat to Honest ElectionsPolice interference in the electoral processElection monitoring in LuhanskNot Free ElectionsAttempts to bribe voters already underwayAndriy Mahera: Without changes to electoral law, the results may be challenged in courtParliamentary elections with limited access to informationJournalists prevented from informing on infringements of Public Information Act10 subjects the authorities are concealingCHESNO: Office of the Verkhovna Rada flagrantly violating Public Information ActUkrainska Pravda takes parliament to court over concealed informationResidences of Azarov, Lytvyn and Yushchenko to cost the taxpayer 50 million UAHCourt has no problem with parliament not handing over MP’s declarationsVerkhovna Rada Office refuses to hand over Deputies’ declarationsPublic Information Law like a Bolt from the Blue for the AuthoritiesCVU: Ukrainian authorities not ready to be openFirst legal proceedings over alleged infringement of Public Information Law
• Topics / Elections 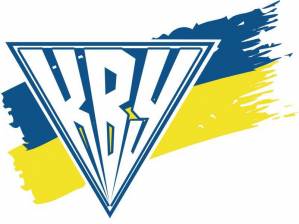 The Committee of Voters of Ukraine [CVU] long-term observers have analyzed the newly created electoral districts in the Kherson region [oblast] from the point of view of convenience for organizing the electoral process.  They point to dangers which could cause serious problems during the elections,

There are two main areas of danger:

- threats to the organization of the elections

- factors adversely affecting the possibilities for appealing and neutralizing the effect of infringements of electoral legislation.

The Head of the Kherson Regional CVU, Dementiy Bily explained at a press conference on Monday that the problems identified in organizing the elections in sparsely populated steppe areas arose from the general principles for the formation of electoral districts based solely on the average number of voters, as per the Law on the Parliamentary Elections.

The smaller numbers of voters are in urban electoral districts.

As a result of this, the actual territory of the rural electoral districts is equivalent to some whole countries.

No 185, for example, is larger than Lebanon and also equivalent to the area of Kosovo. The other two can also be compared to countries in Europe.

Transport will also be complicated by ill-thought out moves in determining the centres of the electoral districts.

For the first time ever the Central Election Commission made the centre of No. 185 in Kakhovtsi, a city which is at the farthest western corner of this huge electoral district which in area is larger than Lebanon.

Given limited budgets and the state of the road and transport infrastructure, contact between precinct electoral commissions [PEC] and the district electoral commission [DEC] will be difficult. Problems can also be expected when transported ballot papers and protocols in order to count votes to remove inaccuracies and mistakes which could increase the number of trips by members of the PEC to the DEC. Swift response to electoral infringements in these rural areas will also be extremely difficult.