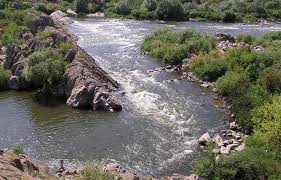 The Supreme Court on 29 May 2012 closed the book on a six-year judicial battle over the natural reserve Granite-Steppe Pobuzhya in the Mykolaiv region. As of July the Court’s judgement is now available on its site. It upheld the verdict of the administrative courts which had declared unlawful the government decision to hand 27.72 hectares of nature reserve land over to the National Nuclear Energy Generating Company Energoatom.

Back in 2006 the government handed the 27.72 hectares of the State-owned regional landscape park “Granite-Steppe Pobuzhya” to Energoatom which wanted to make this area the tail end of the Alexandrovsky Reservoir.

On 28 April 2010 Ukraine’s High Administrative Court allowed the cassation appeal lodged by the civic organization Environment – People – Law [EPL] and revoked all rulings issued by local courts allowing the transfer of the land to Energoatom.  The previous court rulings had unwarrantedly found that the decision by the Cabinet of Ministers was of a recommendatory nature despite the fact that a State act for the land had been obtained  on the basis of this decision. The High Administrative Court #sent the case for new examination

EPL says that the case was extremely important with a number of precedent judgements, including with respect to who may challenge such contentious rulings and regarding different interpretations of procedural law.

Unfortunately the land in question, which contained numerous types of plants from Ukraine’s Red Book, has been flooded.   Energoatom is simply hold this land without a government decision or the permission of the Verkhovna Rada, this being a serious infringement of legislation.  The public and the authorities are fully entitled to demand that this land is vacated through reduction in the letter of the  Alexandrovsky Reservoir and return of the land to the Granite-Steppe Pobuzhya nature reserve.