Russian Humor And Asymmetrical WarfarePACE Rapporteur slams Russian slander bill as “invitation to punish” Kremlin criticsRussian parliament adopts NGO ’foreign agents’ billHRW calls on Russia’s State Duma to reject changes to rules on foreign-funded NGOsRussian Parliament gives first approval for “foreign agent” NGO” billMoscow Helsinki Group will not register as a “foreign agent”New Russian bill seeks to brand NGOs as “foreign agents”Russia: Controversial NGO bill becomes law’Take this law and shove it!’Moscow shuts down USAID activities in RussiaFor their freedom and oursRussian invaders install terror methods of censorship in occupied Zaporizhzhia oblast‘There was a human being, and the body was torn apart in an instant’ — a Mariupol graduate who went through hell‘Mogilisation’. Anti-war activities in Russia, 26 September to 1 OctoberHours after Memorial receives Nobel Peace Prize, Russia seizes its property for supposed ‘destructive activities’ From a Zwastika to "No to the War". Anti-war activities in Russia, 9-18 SeptemberThose who unleashed this war will not go to Heaven. Anti-War activities In Russia, 7-14 August 2022Conflicting values and conflicting narratives: the case of Russia’s war on Ukraine“He lay on the sidewalk, naming towns and cities in Ukraine”. A digest of anti-war activities in Russia, 23-29 JulyRussia threatens deportation from Kherson & Zaporizhzhia oblasts for pro-Ukraine views and for ‘discrediting’ the invaders
• Topics / News from the CIS countries 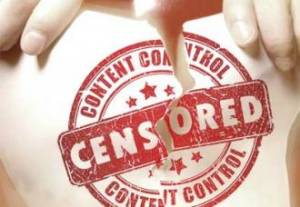 The Council of the Federation has approved the laws on the status of a “foreign agent” for NGOs; on the creation of a list of domains and websites with banned content; as well as the restoration in the Criminal Code of the article on « slander ».

All three laws have been strongly criticized both within Russia and by European and international structures, international NGOs etc.

The following is the most recent of any number of statements, this time by the UN High Commissioner for Human Rights Navi Pillay

UN High Commissioner for Human Rights Navi Pillay said on Wednesday she was concerned that a series of legislative amendments in the Russian Federation would have a seriously negative impact on human rights in the country.

“In just two months, we have seen a worrying shift in the legislative environment governing the enjoyment of the freedoms of assembly, association, speech and information in the Russian Federation, ” she said. “At least four new legal provisions have been made that will have a detrimental effect on human rights in the country.”

In June, restrictive amendments to the law on public rallies and the administrative code1 were signed into law by Russian President Vladimir Putin. The amendments impose hefty fines of up to 1 million roubles on participants and organisers of “unauthorised” gatherings. Administrative authorities also now have more powers to refuse permits for mass gatherings.

“In effect, it is now more difficult and costly for those holding alternative views to engage in public protests, ” Pillay said. “The right of peaceful assembly is enshrined in the Russian constitution and in regional and international treaties to which Russia is party. I urge the Government to ensure that its laws are in line with its international human rights commitments and national legal framework.”

On 11 July, the State Duma (the lower chamber of the Russian Parliament) adopted a bill limiting freedom of information on the Internet.2 The bill would enable the Government to block websites with content that is extremist or harmful to children. There have been serious concerns that the law may also be used to curtail legitimate exercise of freedom of speech and information.

“Given the many concerns raised about this bill by the Presidential Council on Human Rights, civil society and human rights experts, a full independent public review of this law should be conducted, ” the High Commissioner said.

Two days later, on 13 July, the State Duma adopted a restrictive new law on non-commercial organisations, 3 which would effectively require all NGOs that receive foreign funding to register as “foreign agents.”

“When I visited the Russian Federation in February last year, I discussed with senior Government officials, including then President Medvedev, the need to improve conditions for civil society in the country, ” Pillay said. “It is very disappointing that laws are being passed that are restricting civil society space instead of ones designed to create an environment that would help civil society enhance human rights promotion and protection.”

Also on 13 July, the State Duma voted to restore defamation provisions into the Criminal Code4 – thereby reversing legislation passed only seven months ago that had reduced defamation to an administrative offence.

“There is a lot of concern that making defamation a criminal offence will stifle all criticism of Government authorities and limit the ability of individuals to address issues of transparency, corruption and abuse of power, ” the High Commissioner warned. “We have also seen worrying reports that further legislative changes are being considered that would curtail freedom of expression in the mass media.”

“I urge the Government of the Russian Federation to avoid taking further steps backwards to a more restrictive era, and to make strenuous efforts to limit the detrimental effects of the laws and amendments already passed over the last few weeks, ” Pillay said. “Criticism and debate may sometimes be uncomfortable for the authorities, but they are crucial elements in developing any society. So are strong, independent media and civil society organizations that can exercise their rights to freedom of expression and assembly in order to push for progress.”