Front Line Defenders on the measures against TVi and Mykola KnyazhytskyCriminal proceedings against another independent media publicationChief Editor of LB.ua leaves Ukraine over threat of criminal proceedingsNew twist in the Landyk scandal with pressure on critical websiteLandik gets suspended sentence and is releasedLandik Trial: Doctor asserts that MP’s son suffered more than his victimTrial begins of Roman LandikRoman Landik and his victim reach an “agreement”Unlike members of the opposition Roman Landik at liberty to wanderRoman Landik extradited to Ukraine to face chargesRussian “extradition check” regarding LandikProsecutor General seeks Landik’s extradition from RussiaCivic activists demand real liability for Deputy’s son LandikProsecutor’s son accused of causing the death of three pedestrians released on bailTwo former subordinates of Yulia Tymoshenko released pending trialJudge is in a hurry with Tymoshenko trialPolish Ambassador: Prosecuting opposition politicians can lead to bad habitsTime to name names, Ms ClintonWhile Lutsenko criticized the court, his property was being frozenUS State Department: On the Prosecution of Ukrainian Opposition Leaders
• Topics / Freedom of expression 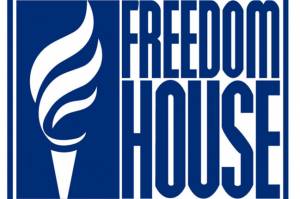 We, the undersigned organisations, call on the Ukrainian authorities to stop the continued harassment of TVi, the country’s only independent television channel. We also call on them to ensure that media freedom and freedom of expression are respected in Ukraine.

On Thursday 12 July, tax officials raided the office of TVi in Kiev as part of a criminal investigation into the television channel’s head, Mykola Kniazhytsky, for large-scale tax evasion. The raid obstructed the work of the channel, interrupting scheduled programmes. We consider the tax officials’ actions to be disproportionate and in actions violation of TVi’s right to freedom of expression.
Although the charges brought against Kniazhytsky do not carry the sanction of imprisonment, the tax authorities requested his medical records, something which they would only have needed if his arrest was imminent. This request should therefore be viewed as additional harassment of TVi’s head, who fears that he could be charged with a criminal offence that could lead to a prison sentence.
This is the latest incident in a long string of incidents harassing TVi.

In April 2012 TVi fought the tax authorities on another issue, that time concerning the channel’s official address.

In 2011, TVi, the only national broadcaster not to be directly or indirectly controlled by the government, was denied a broadcasting license as part of Ukraine’s digital switchover in 2015. TVi’s often critical coverage of the authorities, and of President Viktor Yanukovych in particular, is thought to be the reason why the channel was denied the licence.

While the authorities have a legitimate responibility to investigate everyone for tax crimes, this should not be applied selectively. the ongoing focus on TVi, and on Mikhail Kniazhytski in particular, raises serious questions about the actions of the Ukrainian tax authorities.
We remind the Ukrainian authorities that Ukraine has made commitments in the Council of Europe and the OSCE to protect freedom of the press.
We call on the authorities to:

Stop the harassment of TVi, and specifically its head Mykola Kniazhytsky

Refrain from any action which might have a chilling effect on media freedom in Ukraine.


In June 2012, the following organisations released a joint mission report on press freedom in Ukraine:

An environment of corruption and lack of transparency that affects the press, the judiciary and society as a whole

Frequent cases of impunity and lack of prosecution for those who attack the media.

"Make freedom of expression a reality, Mr. President" - A Report on Press Freedom in Ukraine subsequently made a series of recommendations, including calls for:

The Interagency Working Group to establish an effective dialogue about issues of press freedom between media professionals, the government, and the public

The authorities to ensure that the Access to Information law is respected, with requested information being provided in a timely manner

Increasing the availability of digital channels for regional and local broadcasters

An open inquiry into why new companies without experience in digital broadcasting were granted licences, rather than long-established regional broadcasters, such as TVi

An independent, transparent and fair judicial process in Georgiy Gongadze’s murder Case. This would help restore the confidence of the public and the international community that the media in Ukraine will be able to report freely on issues of public interest, without fear of reprisal.