Setbacks to media freedom in run-up to electionsTVi removed from cable networks in 11 citiesUkraine: The authorities should stop harassing independent television channel TViFront Line Defenders on the measures against TVi and Mykola KnyazhytskyCriminal proceedings against another independent media publicationChief Editor of LB.ua leaves Ukraine over threat of criminal proceedingsNew twist in the Landyk scandal with pressure on critical websiteLandik gets suspended sentence and is releasedLandik Trial: Doctor asserts that MP’s son suffered more than his victimTrial begins of Roman LandikRoman Landik and his victim reach an “agreement”Unlike members of the opposition Roman Landik at liberty to wanderRoman Landik extradited to Ukraine to face chargesRussian “extradition check” regarding LandikProsecutor General seeks Landik’s extradition from RussiaCivic activists demand real liability for Deputy’s son LandikProsecutor’s son accused of causing the death of three pedestrians released on bailTwo former subordinates of Yulia Tymoshenko released pending trialJudge is in a hurry with Tymoshenko trialPolish Ambassador: Prosecuting opposition politicians can lead to bad habits
• Topics / Elections
• Topics / Freedom of expression

Freedom of speech in Ukraine: journalists are forced to keep silent 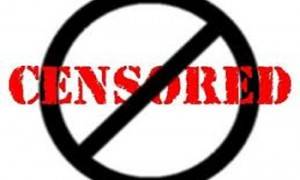 Last week the work of independent media in Ukraine was further suppressed through direct intervention of the government. On July 18 a criminal case was filed against the editorial of the independent Internet resource Left Bank. A week earlier a criminal case was filed against General Director of the TVi stations Mykola Knyazhytskiy. Such actions of the ruling authority are testimony to the fact that it does not need independent media, particularly with the upcoming parliamentary elections.

Journalists on freedom of speech

On July 19 journalists came out in protest in front of the Prosecutor General’s Office against the oppression of journalists and freedom of speech to show their support of TBi and L.B.ua. The organization Reporters without Borders already publicly announced its position: the situation with these two media outfits is part of a major offensive against independent media.

The organization Freedom House also came forth in support of these media and appealed to the government of Ukraine to review the legitimacy of tax inspections of the TBi channel and refrain from selective inspections by the tax bodies. Freedom House officially stated that it has serious doubts that the pressure being applied to these media resources are not associated with their criticism of the current ruling authorities.

There is only one conclusion: freedom of speech in Ukraine is being severely oppressed and in the opinion of most journalists and political analysts the root of all problems lies in the actions of the government and its position on this issue.

War against independent media: prosecute them to shut them up

There is no other way to describe the current policy of the government regarding the mass media – it is a war that the ruling authority silently launched against those whose voice and opinions are a thorn in their side. By a court ruling on July 12 representatives of the tax service confiscated all financial documents of the TV channel TBi over the past 4 years to execute the instructions of the investigative body. A criminal case was filed against the TV station’s general director for tax evasion to the tune of more than UAH 3 mn or more than EUR 300, 000.

Then on July 18 a criminal case was filed against the editorial board of another independent media organization – namely, the information analysis Internet resource Left Bank or LB.ua. The accused in the case are Editor-in-chief Sonya Koshkina, Senior Editor Oleh Bazar and photo correspondent Maxim Levin. The editorial is accused of violating the confidential correspondence of state activist and MP representing the Party of Regions Volodymyr Landik, whose text message on the criminal case against his son Levin was registered in the session hall of the parliament and posted on the LB.ua website. This incident occurred on November 17, 2011 when the Landik case was not opened. Only after 8 months the prosecutor general’s office decide to reopen the case, conducted an inspection and announced the filing of a criminal case against the journalist.

War against independent media: taming of the obstinate

The objective of this article is not to analyze problems and the existence or absence of the composite of crimes as this is the job of lawyers and lawmakers. Our mission is to explain why these resources, why now and why in this way they became the objects of such actions and why there are doubts that the tax services and the prosecutor’s office are not paid off to conduct inspections and file criminal cases.

Why does this seem more like pressure on independent media than legal investigation?

First of all, the actions of the State Tax Service against the TBi television channel contradict its ruling. On March 30 the head of the STS signed a directive to cancel all inspections of the mass media as of April 1 in order to protect it from pressure of the tax authorities and create conditions of unbiased exposure of the upcoming parliamentary elections. TBi was inspected in April.

Secondly, while claims were filed against TBi for non-payment of taxes over the past 4 years, to this very day the State Tax Service has not discovered such problems during inspections and accepted all tax reports submitted by the TV channel.

Thirdly, the Internet site Left Bank or LB.ua is presumably being justifiably accused: it indeed violated the confidentially of the correspondence of a civil servant.

But journalists have an unlucky job as it is practically impossible to distinguish a professional analysis from intervention in the private life of those people that journalists write about, particularly if the topic is political, all the more in Ukraine where the majority of politicians one way or another are engaged in corrupt activities, abuse their power and can avoid being punished for such crimes. Nobody pays attention to the fact that besides their work in the parliament deputies are engaged in their own personal businesses, which is more important than dealing with legislative matters important for the country. This is a perfect example of the productivity of the work of Ukraine’s lawmakers. So, the question remains “Is there a crime or not?” The task of lawyers is to figure out whether or not this is a cover or an opportunity to deal mass media that is not controlled by the ruling authority.

Why TBi and LB.ua?

For any more or less well-informed Ukrainian it is no secret that these two channels are the most oppositional mass media to the current government. This clearly is more than enough of a pretext for taming them.

The content of the LB.ua site and the TBi television channel is the exposure of corruption and absolute ignorance of the laws in the higher echelons of power and investigative journalism that exposes the criminal acts of certain members of the government or several individuals that operate with it in a closely knit circle.

Saying that such media is in opposition to the ruling power means absolutely nothing as the exposure of illegal acts of the government and informing society about the true state of affairs is one of the main objectives of such media. Such uncontrolled and highly effective sources of information leading up to the parliamentary elections poses a problem for the current ruling authority that conveys the main message in its electoral video clips on all TV channels: there is  stability in the country, the economic crisis has been overcome thanks to the efforts of the government and the people can look forward to improvement of their welf-being.

Why is the government persecuting journalists?

There are two reasons for this: first of all, everything looks more or less legal on the surface – claims are made in compliance with the laws that representatives of the mass media seemingly violated meaning that the government’s hands are clean and it can resort to unengaged work of the law enforcement bodies that try to find out who is guilty and should be punished. Secondly, in this way they send a powerful yet mediated signal to all other representatives of the media that it is better to resort to self-censorship than later face similar problems with the authorities.

Today, the formula “No people, no problems” no longer works. There are thousands of journalists in Ukraine, the majority of which have learned to work in conditions of freedom of speech, which was one of the greatest achievements of the Orange Revolution. If physical force is applied to one journalist, another one will write an article slamming the government.

After all, journalists understand perfectly well why criminal cases were opened against them, what are the main claims against them and know very well what might happen to them if they are so impudent to write and speak what they think about the government and not what the latter wants to hear.

The criminal prosecution of journalists prior to the official start of the parliamentary election campaign is an extremely alarming sign of the internal situation in Ukraine. Pressure on independent media that are openly against the ruling authority on the threshold of the most heated political period of the year – namely, the upcoming parliamentary elections – gives serious grounds to speak about restriction of freedom of speech in Ukrainian society. This is a new way of dealing with individuals that are beyond the control of the government. And the ruling power continues to turn this fly-wheel faster and faster.

From Focus on Ukraine  23 July